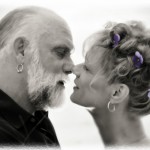 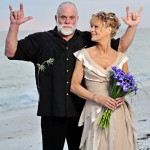 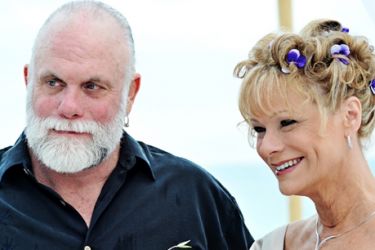 UPDATE: 05-20-2011: Being lifelong WWE wrestling fans, we here at PlayerWives.com would be remiss if we didn’t put up a post to honor the fallen Macho Man Randy Savage and his wife Lynn Payne. Just over a week after celebrating the one year anniversary to his second wife, Lynn Payne, the Macho Man was in a fatal car crash late last night. Randy Savage, at age 58, was behind the wheel of his car around 9:30 AM this morning when he suffered a heart attack. The car went out of control and crashed into a tree, killing him and injuring the Macho Man’s wife Lynn Payne, who was a passenger in the car. Our thoughts go out to Randy’s family, Ms. Payne and the entire wrestling community.

After famously being married to Miss Elizabeth (Elizabeth Ann Hulette), and then subsequently divorced, Randy Savage re-married in on May 10th, 2010 and Lynn Payne took on the title of Macho Man’s wife. Randy Savage, or Randall Mario Poffo as his birth certificate says, first met Lynn Payne in 1974 on Lido Beach while he was playing minor league baseball for the Tampa Tarpons. Thought they dated for two years, the relationship ended after that and Randy went on to fame as the Macho Man. After his “playing days” were over, Randy was able to rekindle his relationship with Lynn Payne, despite a separation of almost 30 years. They were married on the beach were they first met, many years prior. 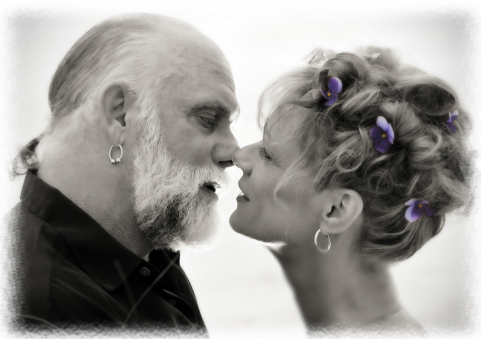