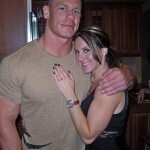 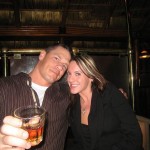 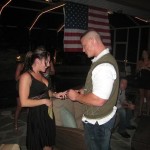 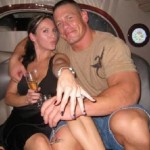 05/10/2012: Apparently spending 250 days and nights a year on the road with the WWE takes it’s toll on a relationship, as John Cena has filed for divorce from his wife, Elizabeth. According to various sources online, John presented Elizabeth with a monetary divorce settlement offer recently, which she rejected in the name of trying to salvage the relationship. John went along with his plans and filed formal documents to procure the end of the marriage.

After being presented with the the formal divorce papers, Elizabeth has taken the step of hiring divorce attorney Raymond Rafool. Rafool also represented Linda Hogan during her divorce with the Hulkster and landed a record setting award for his client.
Rafool released the following statement:

“Although it is indeed unfortunate that John Cena decided to divorce his high school sweetheart Liz Cena; particularly, after they have come so far in their lives and in his career together, Liz will and really has no choice but to pursue all of her rights and entitlements. Sadly, divorce is not the way Liz thought her perfect love story would end.”

The couple have no children together.

John Cena’s wife Elizabeth Cena is hot. Theres not much about her on the internet other than a few pics…which I am grateful for. Look how much bigger John is compared to Elizabeth? Do you think Elizabeth has had a hip replacement? Do you think she worries about having to get one in her future? Just wondering. We all know that John Cena is the man. He is this generation’s Hulk Hogan. He has held so many different WWE titles its hard to keep track of. The guy is everywhere. Wrestling, selling records, making movies, doing charity work, and beating up bad guys. Killing it on all levels. Is there anything this guy can’t do?

John is the second eldest of 5 brothers and was born in West Newbury, Massachusetts on April 23, 1977. John and Elizabeth were engaged in early 2009 even though they have been together since high school. John Cena married the former Elizabeth Huberdeau that same year in July, and they are still together today. Here is a funny fact: A friend of mine attended a wedding where John Cena’s father was the Justice of the Peace and conducted the ceremony.
One parting thought: is it disconcerting for anyone else that Cena wears his denim shorts on when he’s clearly out having fun with his wife? The Sports Guy Bill Simmons argued once that Cena would never ascend to Rock/Hogan/Austin levels because the jorts make people uncomfortable when he’s in the ring, but this makes me really uncomfortable seeing him wear them out of the ring. I mean it’s one thing that Vince McMahon decided his persona wore jorts, but why embody that in real life? Who really wears denim shorts? Anyone? 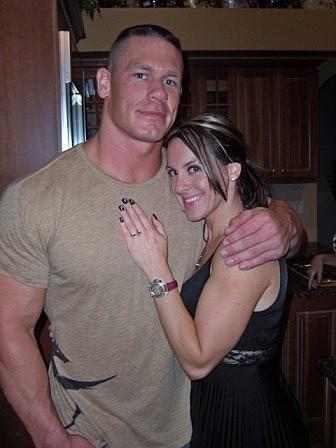