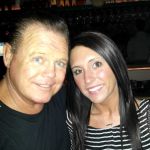 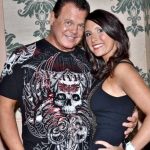 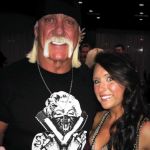 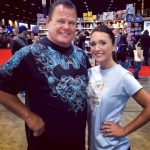 Jerry Lawler’s Girlfriend Lauryn McBride is only 27 years old and a shocking 39 years younger than the 66-year old King. The pair began living together when she was only 22 years old, when Jerry was 61. Just that statement alone leaves me with so many questions, I don’t even know where to begin. Can he possibly have that much money to make an arrangement like that worthwhile? I guess it could be for love, but the 39 year age gap makes that hard to believe. Maybe I’m just too cynical, who knows. What does she do when he falls asleep at 7 PM? Anyway, Lawler and McBride are engaged to be married but there isn’t any information as to when the wedding is planned for, if at all.

Anyway, Jerry Lawler’s fiancee Lauryn McBride is in the news this morning because of an early morning altercation that left both arrested and charged with domestic violence. They were booked around 1 AM in the Shelby County Jail in Memphis, TN. The situation started at Lawler’s home on St. Nick Dr. in East Memphis. It’s a real he-said, she-said situation. He blames her for starting it, she blames him.

Jerry Lawler’s Girlfriend Lauryn McBride has claimed that he pushed her against a stove.  For his part, Lawler has claimed that she kicked him in the junk. An unloaded pistol was also involved, though both parties allege that the other retrieved it initially. Lawler says McBride was drunk, which shouldn’t be shocking. I have zero evidence to support this, but my unofficial guess is that these kind of situations involve intoxication of one kind or another approximately 90% of the time.

The WWE doesn’t care who started what or who got the pistol. They quickly distanced themselves from Lawler and suspended him indefinitely, putting out the following statement:

WWE has zero tolerance for matters involving domestic violence, and per our policy, Jerry Lawler has been suspended indefinitely following his arrest.

Lauryn Laine McBride is orginally from Collierville, Tennessee. She has a son named Peyton, but it isn’t clear whether Jerry Lawler is the father. She is listed as a co-owner at King Jerry Lawler’s Hall of Fame Bar & Grille in Memphis, but no word if she’s at work this morning. 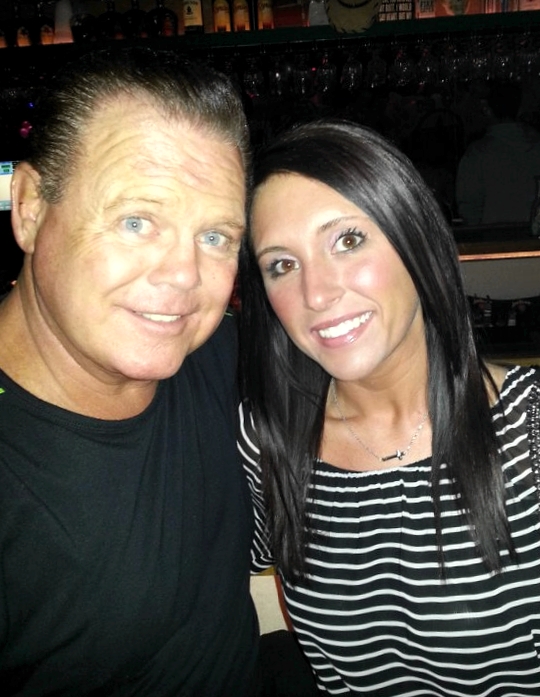