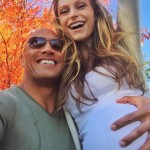 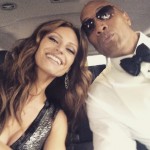 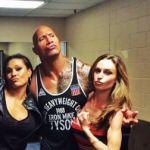 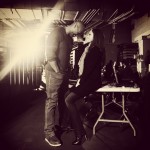 Dwayne Johnson’s girlfriend Lauren Hashian just had their first child together on December 19, 2015. She was a tiny little creature compared to her very large father, who said had her laying on his chest within minutes of her birth. It was quite a touching picture posted to his Instagram. Dwayne’s also got a teenage daughter from a former marriage with a lady by the name of Dany Garcia.​

Lauren is a singer/songwriter and about 12 years younger than her 43 year-old boyfriend. The Rock’s girlfriend has a nice voice. I listened to some clips of her from her Instagram, and I like how she sounds. She grew up with a father who loves blues music, and her father actually opened for B.B. King just a few years ago in Boston. She’s a fan of modern hip hop and r&b but also likes older funky stuff like Stevie Wonder. I watched a video of her playing at her home on a beautiful baby grand piano that looked like it cost about as much as a new Mercedes. You gotta’ love a woman who wakes up, brews herself a cup, and sits down to tap into some feelings and emotions on a piano.

Lauren and Dwayne live with a sweet little doggie named Hobbs (named after The Rock’s character in the Fast & Furious series), a French Bulldog. As you can imagine, living with Johnson is pretty cool because he’s got one of those personalities that’s both full of energy and always fun and funny. The guy is far too interesting not to talk about at least a little bit. His mother is Samoan, and his father is a Black Nova Scotian. As a boy, he lived in New Zealand and Hawaii. He also won a National Championship with the ’91 Miami Hurricanes football squad! This guy’s simply the man. Dwayne Johnson’s wife is now fully entrenched in the LA music scene. That piano I mentioned earlier was actually a gift from Dwayne to Lauren last Christimas in 2014. It’s a Steinway & Sons, upon closer inspection. She called it the most beautiful gift she’s ever received. It is indeed a beauty.

Christmas came early! Within minutes of being born she was laying on daddy's chest. And being a grateful man takes on a whole new meaning… Thank you guys so much for the awesome congratulatory wishes and love you've been sending @laurenhashianofficial and myself. We're extremely grateful. Kinda crazy but in this cool and powerful skin to skin bonding moment with my newborn baby Jasmine, I had just one wish I asked the universe… Give me the strength to be a better man today than I was yesterday. If I can accomplish that, then I'd have a good shot at being a great father. To all you young men out there who will be fathers one day, the goal of "being better" will never steer you wrong. Trust me I've been down this road. Something else that'll never steer you wrong is "walking thru the fire" with your baby's mama. I was right there during labor, helping her breathe, every highly intense contraction, every second of pain, right there watching the actual birth, cutting the cord and wiping the tears. Incredible. *(Now don't get me wrong boys, it wasn't like I was at the end of the table, squatting like a catcher waiting for the fastball to come down the pike..? but as men, it's a miracle we should witness because it'll give you a whole new respect for the strength and beauty of a woman). Again, THANK YOU guys so much for all the love during this blessed time. I always say I'm a lucky dude because I've got the greatest fans in the world – and it's true. Merry Christmas and Happy Holidays to you and your families from ours. #ChristmasCameEarlyToSayHello #WhileSleepOfficiallySaysGoodbye #2xProudPapaSilverback #SheCanDateWhenShes40 ????? 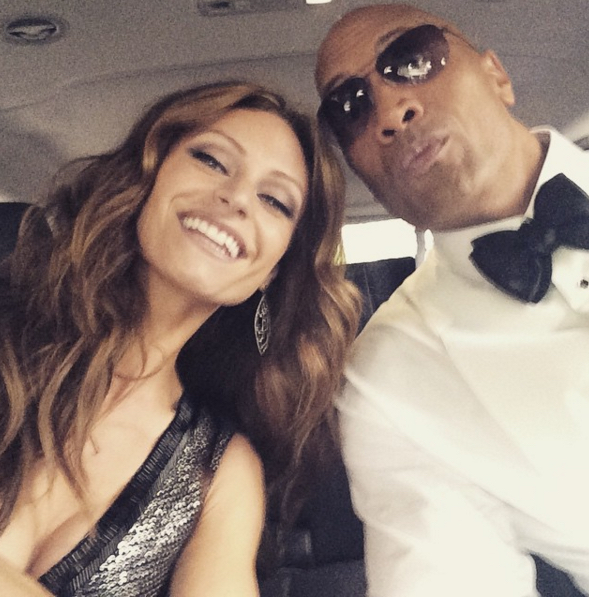