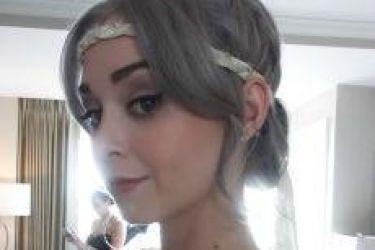 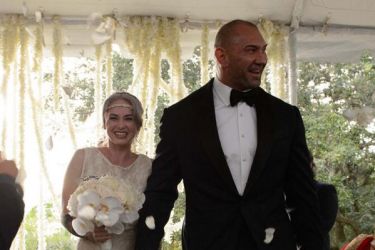 Dave Bautista’s wife Sarah Jade just married the big fella’ a few days ago in a lovely outdoor ceremony somewhere warm and sunny. Aside from the beautiful locale, Sarah herself looked very pretty in her wedding dress and tiara thingy. For those wondering, despite a semi-rocky departure from the WWE again, there were some WWE guys on hand like Chris Jericho, William Regal, Titus O’Neil and more. I’m not up on my WWE roster so forgive me if I don’t realize how big of a deal they are [Editor’s note: Outside Jericho? Meh.]. All I know is Dave Bautista was Drax the Destroyer in Guardians of the Galaxy, as well as the lead villain in the new Bond movie, so that’s totally awesome. Are we seeing the second incarnation of The Rock transitioning to Hollywood?

Sarah Jade is a competitive pole dancer, and on her site she details how she got into it. Before she was Dave Bautista’s wife, she saw some of the girls at the bar she was working at pole dancing, and she was instantly into it. She bought a pole online and started learning techniques on YouTube. Mind you, she was just 18 when she started. She then began to teach pole dancing in 2010 and even opened up a pole dancing business outside of Tampa in 2012 after being granted “pro” status by the USPDF. She placed second in the Southern Pole Championships that same year. She was also the poster girl for the United Artists Bringing Sexy Back Week. I don’t know what that is but she’s a pretty girl who likes to dance around on poles, okay? That’s sort of the takeaway here.

If you thought you couldn’t take pole dancing to the next level, all you needed to do was look on Sarah Jade’s blog. In an “Open Letter to Home Polers,” Dave Bautista’s wife explains:

“There was a time when we were ALL home polers. As little as a decade ago there weren’t pole studios in almost every city! I used to host ‘Stropper Pole Saturday’s’ at my home, when all my girls would come over and we’d look up moves on the internet.”

Sounds like a pretty fun time. As you can tell, Sarah is pretty much obsessed with pole dancing. Must be cool to have a wife that is so talented at something like that. You come home from a hard day of shooting a movie or something and she gives you a professional-level pole dance show. 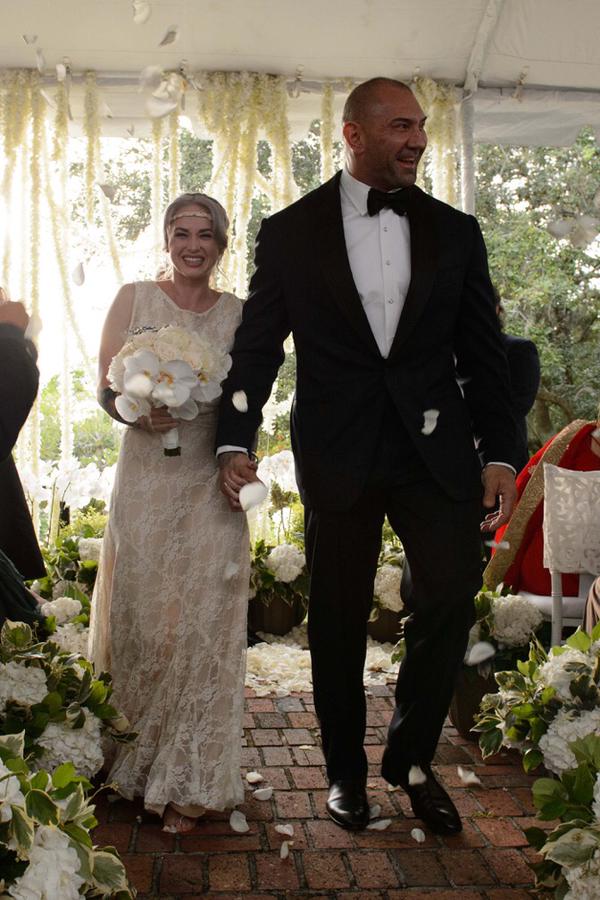