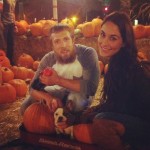 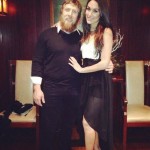 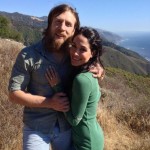 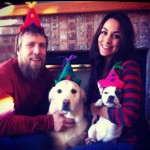 UPDATE 04/14/2014: Plenty of people hit Twitter to ask where Daniel Bryan was during the Warrior tribute at the start of the April 14, 2014 Monday Night Raw? Daniel Bryan’s wife Brie Bella has something to do with that.

Following the wedding weekend, Bryan and Bella set off on a well deserved, albeit short, honeymoon, leaving them both off WWE broadcasts for the next week. The couple is expected to rejoin the show for next week. After all – the World Heavyweight Champ can’t go dark multiple weeks in a row.

Hell of a month for Daniel Bryan – congratulations on so many fronts.

Before the Yes! movement ever hit it’s apex, Daniel Bryan’s girlfriend Brie Bella was behind him all the way.

The WWE diva, and member of the Bella twins with sister Nikki, Brie has been dating Bryan for years. With more than 300 days on the road every year, it has to be easy to establish a bond with one of your traveling companions. With that in mind, it should have been no surprise for anyone when Twitter blew up in late September with the news that Brie Bella had agreed to become Daniel Bryan’s wife.

Bria Bella, whose real name is Brianna Garcia-Colace, has been with the WWE since 2008, despite a slight hiatus in 2012-2013 while they traveled the independent circuit. With a return to the big leagues in 2013, the sisters immediately regained their status with the fans. With Nikki getting a full push from the WWE in the Women’s division after pinning champion AJ Lee in singles action, there’s no doubt that Brie Bella won’t be out of the spotlight for long.

The couple clearly has a dog together, Josie, though it’s not clear if Josie also spends 85% of her time on the road with the wrasslin’ couple.

With Wrestlemania 30 on the horizon and Bryan engaged in a bitter feud with HHH, this begs the question: Who wins in a mixed tag between HHH and Stephanie McMahon versus Daniel Bryan and Brie Bella? Our money is on the YES movement!!! 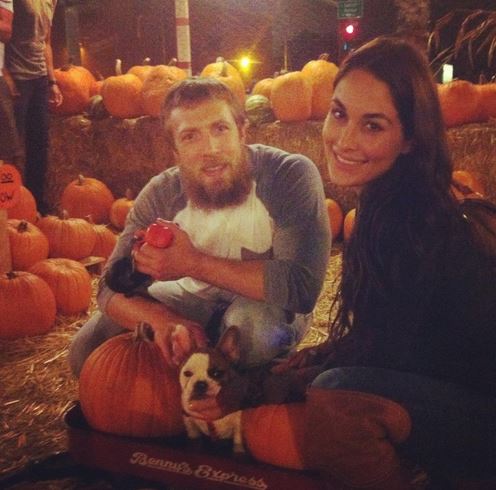