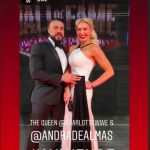 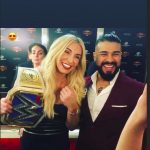 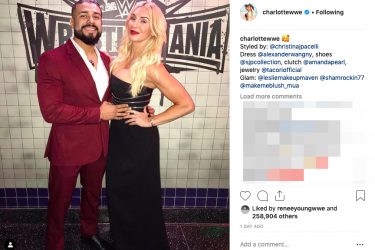 Charlotte Flair’s boyfriend has been debated for months on end.  We heard whispers a little while ago that Charlotte was dating Andrade, but things weren’t confirmed until Wrestemania.

And boy oh boy, when these two kids confirmed, they confirmed.

During 2019 Wrestlemania weekend, Flair and Almas finally shouted to the rafters that they are in fact together.  It started on her Instagram stories, with pictures of what appeared to be part of his face cuddled up next to her.  But that appetizer fueled the main course when it finally went all the way out.

It makes sense, and certainly isn’t the first WWE couple we’ve seen or heard about.  Grueling schedules on the road, intense training.  It’s just a natural fit.  While most of you know that Charlotte is at the top of the her division, Charlotte Flair’s boyfriend is right at the top of the Smackdown’s men’s division as well.

No folks.  Andrade is not dating Zelina Vega

I cannot tell you how many times we’ve seen that rumor come into our email.  But that’s one thing we know for sure, because Zelina Vega is married to Alestair Black (another post on that coming eventually.  Leave us alone).  Charlotte and Andrade first went public headed into NXT Takeover Brooklyn, 2019, only to further confirm it on the red carpet of the WWE HOF ceremony the next night.

Charlotte Flair was born and bred into this industry.  The daughter of arguably the greatest professional wrestler of all time, cracking into the WWE was never a challenge.  Andrade however, had to battle more for his position.   Andrade began wrestling in 2007 for Mexican circuits before heading to Japan.  It wasn’t until 2015 that WWE came calling and he earned his place in NXT.  It took three years in NXT, where he held the belt for a period of time, before he was ultimately called up to the main roster.

Before Andrade took the title of Charlotte Flair’s boyfriend,  she previously dipper her toe in the pro wrestler dating world.

Charlotte Flair’s ex-husband Bram was an Impact/TNA wrestler. The couple divorced in October of 2015 after a messy and public dispute and arrest. The details of the incident are still a little hazy.  Police initially charged Bram with domestic battery by strangulation and false imprisonment. However, they dropped the charges later. They released him from jail with a $5000 bail. What remains unclear to me is who he attacked. The fight involved Ric Flair. Matters also become more complicated. Charlotte married another man named Riki Johnson before her relationship with Bram. And, in the least surprising news ever,… that ended messy as well. 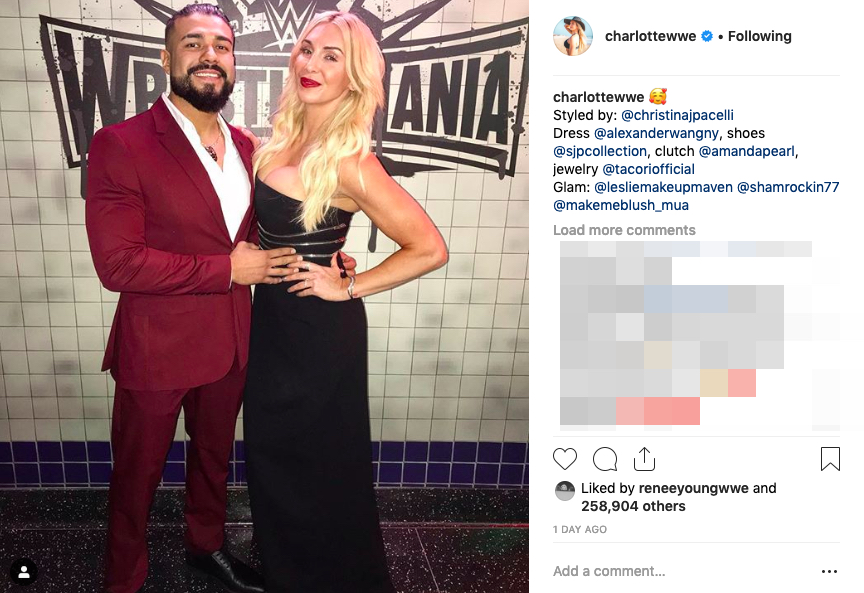