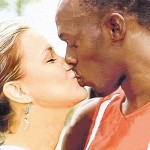 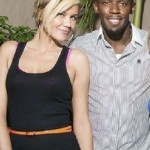 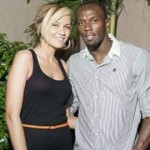 The author of the above quote that we assumed took place: Olympic sprinter, Usain Bolt. The Jamaica Star has reported that Bolt broke things off with girlfriend Lubica Slovak in order to “focus his energies on creating new records on the track.” The world was first tipped off to the two being together after a picture of them kissing was leaked following a promotional photo shoot. Slovak is a fashion designer who describes her style as: European Elegance – Caribbean Flair…. designed and made in Jamaica. She is a tall drink of water, clocking in at 5’11, and a self proclaimed 6’4″ in heels (which is why she stands shoulder to shoulder with the almost 6’6″ Usain in many of these photos.

Some less than reputable media outlets (The Sun) have suggested that the two broke up after a “race row” and increased public pressure from Bolt’s female fans in Jamaica regarding his dating of a white woman. There is absolutely no evidence to support this claim, and without any such proof should likely be disregarded out of hand.

There is some speculation which may have some credibility. Bolt’s ex-girlfriend, Mizican Evans, was recently seen with Bolt’s parents at the Jamaican National Invitational track meet in the past month. Sources say she remains close friends with the family and in constant contact with Usain Bolt. We’ll see what happens with these two, and keep you posted. 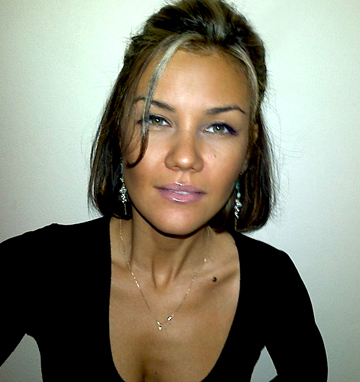