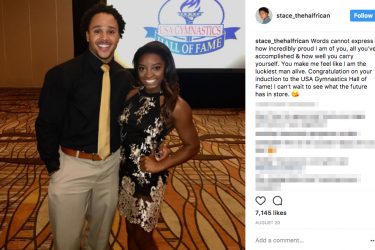 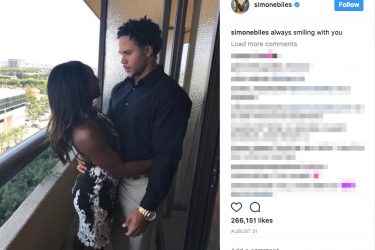 Simone Biles’ boyfriend Stacey Ervin is a hardcore gymnast just like she is. At least, I think she is still a hardcore gymnast. She competed in the television show Dancing With The Stars in 2017. They eliminated her on May 15, 2017 after she danced for about two months. I could not care less about that show. However, apparently a lot of people do care since it receives huge ratings. The last time we checked in with Miss Biles, she joked about her “Brazilian boyfriend”. Of course, that wasn’t real. This guy Stacey, though, is the real deal.

Everyone loves Simone. She’s probably the greatest female gymnast of all time. Even if she doesn’t compete again, people will remember her because she dominated in so many events. Now, Simone Biles’ boyfriend is also a gymnast. I always said this was absolutely essential for her. However, now that she found a gymnast, I might revise my opinion a small amount because I don’t think she trains like a machine in the way she used to. Because she doesn’t appear to train so much in strictly gymnastics, it’s possible she doesn’t require someone who does (in the way she used to). However, it’s fantastic she found a dude who loves gymnastics as much as she does.

So let’s briefly talk about what this guy does. First off, he’s a beast. Take one look at him in his workout pictures on social media. Good lord this guy is ripped! He is currently a member of the United States Men’s Gymnastics Team. He also earned All-American honors when he competed in college. Simone Biles’ boyfriend graduated from Michigan University in 2015. Apparently he’s awesome at gymnastics, people! He’s got a great pedigree. His specialty is the floor. He told Simone words cannot express how proud he is of her. He said she makes him feel like the luckiest man alive! She also makes him feel tall! 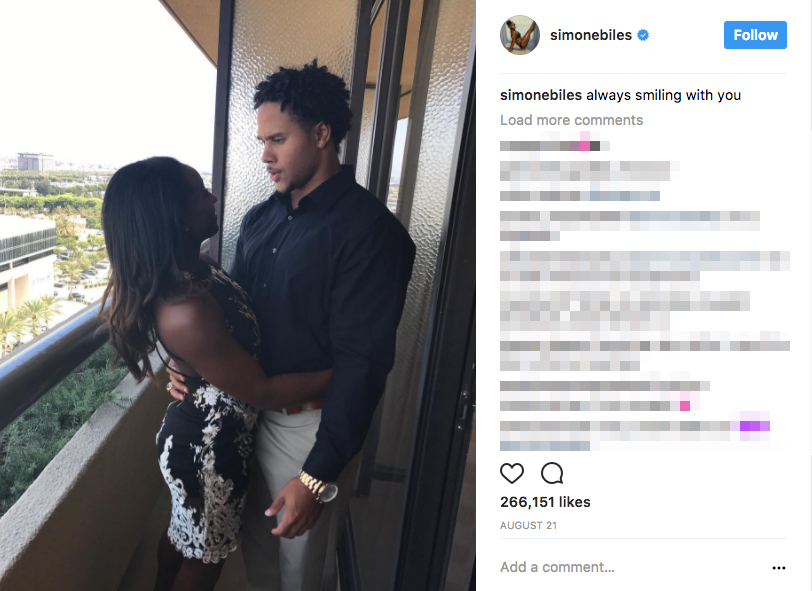