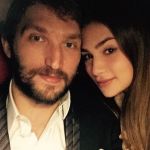 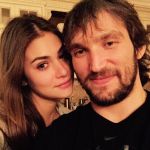 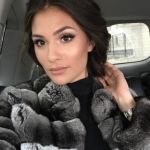 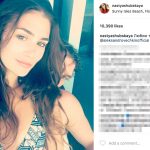 Alex Ovechkin’s wife Nastasiya Ovechkin married him on August 28 of 2016. They married in Russia because they come from there! Makes sense, right? Besides, American weddings are overwrought and too elaborate. Russians often have simple ceremonies that are more low key and mellow. Naturally, the Ovechkin wedding turned out to be a small private affair. Alex posted the announcement afterwards with a picture of their hands held together and said it defined happiness. Nastya modeled professionally in Russia, and she was already a big deal before she knew Alex.

But, why don’t we talk about the party a year later,….

So yeah, while the wedding was a small, private affair, the reception took place a year later.  And, when you’re one of the three best hockey players in the world, there’s no need to keep it low key.  A lavish ceremony pulled no punches.   Champagne a-flowing.  A gigantic cake.   The Bolshoi Ballet came out to perform.   And no party is complete unless the groom gets on stage without a shirt.

The couple started dating in early 2015, according to an article by NHL.com and they announced the engagement in September of that year. They spent a lot of time in St. Petersburg after the wedding. The reason they spent time in St. Petersburg was because Alex needed to prepare for the 2016 World Cup of Hockey. Unfortunately, in 2016 one of the family members disappeared. They live in Russia for much of the off season since they like their home country. They make their home in Moscow, and they owned a Yorkshire Terrier who ran away. Alex Ovechkin’s wife wrote a post on social media pleading for help, but I don’t think they ever found the little fellow again.

This time, Ovi found an engagement that works!

Alex was engaged to another Maria Kirilenko back in 2014, but they called off the wedding soon afterward. Alex Ovechkin’s wife is happy they did so.   Maria released a statement saying only  “Our relationship is over, but I respect [Ovechkin] as a person and as an athlete, and I respectfully wish him further sporting success”.

At present, the Ovechkins feel very happy and optimistic. Who wouldn’t be? I should also mention they bought a new dog after the Yorkie departed. He’s a big black Labrador. The couple might have owned him before the Yorkie, but at least it’s nice to know they have other dog friends. 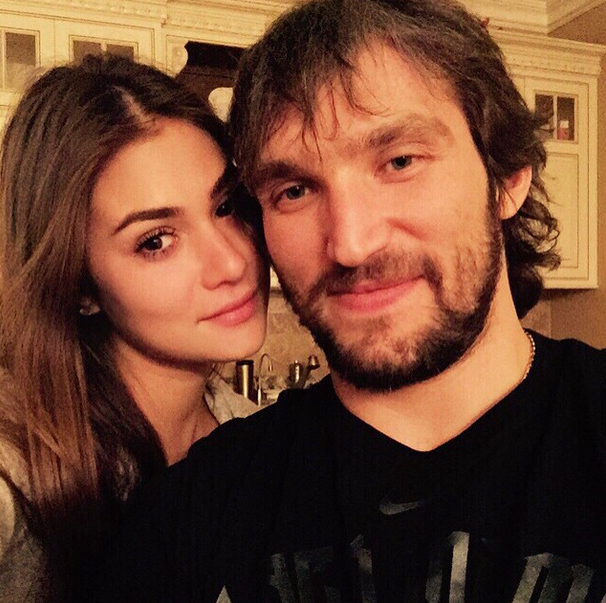