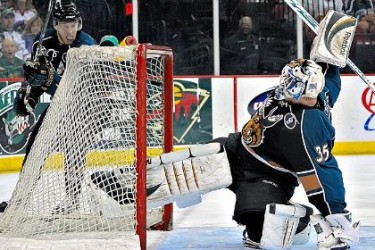 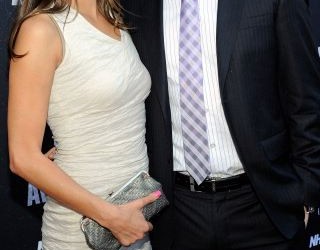 Let’s get the boring stuff out of the way now:
Canucks backup goaltender Cory Schneider is dating a girl named Jill Connors. Both Jill and Cory hail from Massachusetts and from various accounts grew up as Bruins fans.
That’s enough boring stuff.
Now, why exactly are we covering a a backup goaltender’s girlfriend? Because in the true spirit of the Canucks-Bruins rivalry, everyone’s getting involved in the trash talk,… including the girlfriends.
Milan Lucic’s girlfriend, Brittany Carnegie recently fired shots at the girlfriend of Canucks backup netminder, Cory Schneider, aka Jill. In her twitter blast, Brittany shot the following (Please note these are exact tweets, spelling and all):

Everyone in boston! I would love u 2 know COER SNYDER’S girlfriend fingered* me and told me off about my bruins hat today she is from BOS!

And incase you don’t know SNYDER he is the Canucks loser back up goaltender ! I guess haters are guna hate!… Big F U Snyder

I guess haters are guna hate but keep your girl in line … Vancouver is my home !

Corey Snyder control your broad because she is straight classless, rude and acts like a trucker !! #Canucks #hater

FYI I was at the game and around Vancouver and she was the ONLY one with a problem people were actually VERY kind ! She only had a problem

“She was yelling across a few tables she was from boston and so I gave her a thumbs up… little did I know she was not saying it in a good way! So she flipped me the middle finger and…she did not give this up alllllll night finally when I was going home she bolted over to me …started to say she didn’t realize I was wearing it and dating Milan and so on. It was to say the least CRAZY! I also had picked a table in the corner because I knew I was coming from the game! She was the ONLY one with a problem! People at the game were more curious as to why I wore a Bruins hat and were VERY pleasant to me!”

Now, while any search of @BrittCarnegie yields no results on Twitter, it’s worth noting that her account is now private (and we actually believe it was prior to this incident). It’s doubtful we’ll ever see a response from Jill, but if we do, you know where you’ll find an update.

*We feel it pertinent to note that Brittany’s use of fingered meant that Jill flipped her off. Take your mind out of the gutter people. 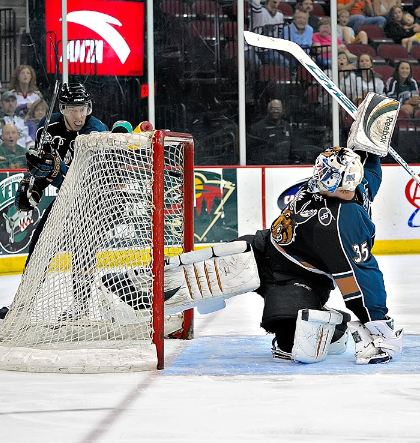