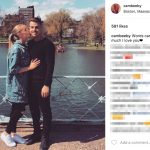 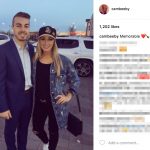 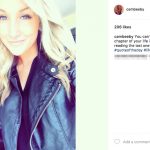 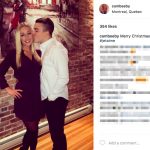 Jean-Gabriel Pageau’s girlfriend Camille Beeby is a young blonde from Montreal. At least, she spends most of her time in Montreal. So there’s also something else to note about Camille- she travels to France. I strongly believe she is French Canadian. Jean is too, but he grew up in Ottawa proper. Can you imagine- you’re born in Ottawa, you grow up and play hockey there, and then the very first team that drafts you is the Ottawa Senators. There’s no way Jean isn’t a lifelong Ottawa Senators fan. Now he gets to slap shots for his forever home team!

In June of 2016, Jean-Gabriel Pageau’s girlfriend traveled to New York City and posted a picture of herself on the Brooklyn Bridge. I abhor the bridge because it’s impossible to move across because of the hordes of tourists, but it is an undeniable New York landmark and milestone in bridge construction. Interestingly, Camille holds a giant old-school map on the bridge. I guess she doesn’t use Google maps? The couple owns two Chihuahuas whom Camille frequently shares on social media. My guess is Jean would not own a pair of Chihuahuas if it weren’t for his lady. Additionally, Camille rides and owns horses. She posted a picture of a magnificent horse named Vee.

Camille is completely in love with Mr. Pageau. I mean, if you see her somewhere and think you might be able to get her to fall for you, just keep on walking, pal. She posts a crazy amount of pictures of him. Jean-Gabriel Pageau’s girlfriend also confusingly wears Blue Jays hats and attends Blue Jays games. Maybe she’s just a fan of all Canadian cities and sports teams? I was under the impression rivalries between Canadian teams were fairly serious, but not in Camille’s world! I should also add she loves to kayak, looks insane in a two-piece, and her best friend Maude from Montreal is crazy hot. 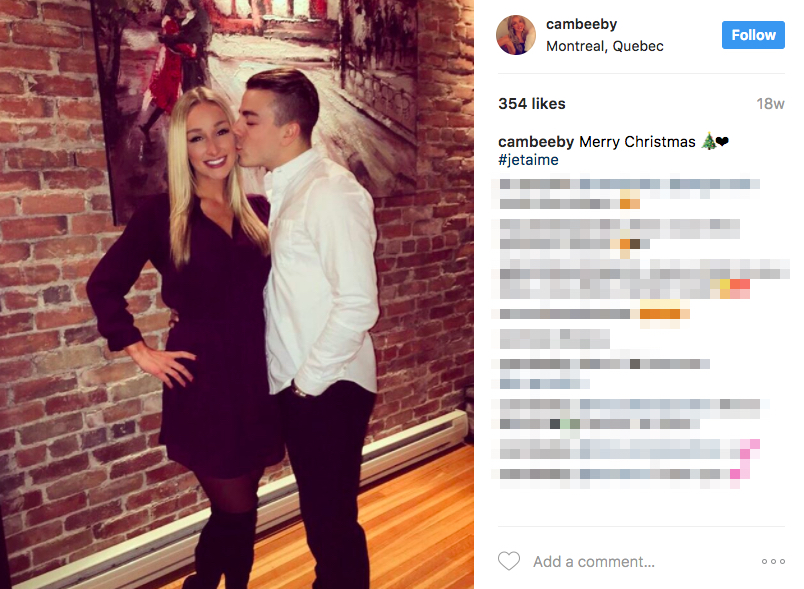