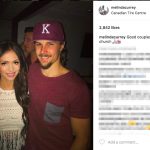 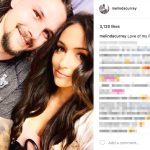 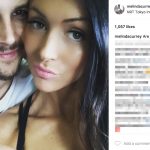 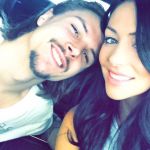 Good lord where do we begin on the story of Erik Karlsson’s wife Melinda Karlsson, and her online harassment.

Let’s start with this story from the Ottawa Citizen.  Apparently,  Erik Karlsson’s wife has filed a restraining order against a woman named Monika Caryk.  Now, unfortunately, with the insane people out there, orders of protection aren’t that uncommon in the sports world.  However, when it’s the fiancee of your husband’s teammate?  Yeah, that’s pretty rare.

Monika Caryk is Mike Hoffman’s longtime girlfriend.  Mike Hoffman is also on the Ottawa Senators.  According to the court documents, Caryk has made a number of threats against the couple, and their unborn child.  Specifically, Erik Karlsson’s wife alleges that the online abuse has graduated from going after the couple, to celebrating the loss of their unborn son.  From the Ottawa Citizen article:

Hoffman and his camp, speaking on behalf of the forward and Caryk, vehemently deny the allegations.

No criminal charges have been laid against Caryk and none of the allegations against her has been tested in court.  In late November, the Karlssons announced on social media that they were expecting their first child, a son they would later name Axel Michael who was stillborn on March 19, 2018.

“She also uttered that she wished I was dead and that someone should ‘take out’ my husband’s legs to ‘end his career.’“

Monika Caryk has posted over 1,000 negative and derogatory statements about me as a professional.”

Though the application was sworn in early May, nearly one month after the Sens’ season ended in Boston, team officials, including general manager Pierre Dorion, and Hoffman have known about the allegations since the end of the regular season.

This is definitely the tip of the iceberg.  The article (which we highly recommend reading), drills down further.   And, there’s plenty more to be unearthed and learned here.  We’ll keep an eye as this one develops.

Erik Karlsson’s girlfriend Melinda Currey said yes to him in October of 2016. He proposed by putting the ring inside a pizza box. Yes. You read that right. He put the ring…. inside a pizza. I don’t exactly understand how this worked, but she found it charming, of course. She called it a dream proposal and calls him a dream guy. So she opened the pizza box and then saw the ring in the center of the pizza… and still said yes.  That seems like the most pragmatic strategy. It worked.  Did the ends justify the means?  Clearly they did.  And honestly, who the hell am I to judge.  I got engaged on a fantasy baseball podcast.  I pass no judgement.

Regardless, Erik Karlsson’s girlfriend is young and gorgeous. She graduated from Carleton University in Ottawa, and she also went to high school there. She’s a classic Canadian beauty with a killer sense of humor. I read lots of her jokes on social media, and they’re legitimately funny. I don’t know if she came up with them all, but I give props for her curation if nothing else. She gives advice about love: if you love somone, set them free, and if they don’t come back, text them when you’re drunk.

In April of 2015, Erik Karlsson’s girlfriend traveled to Tokyo, Japan. I’m jealous whenever I see someone travels there. She did in fact go with Erik, and they visited various tourist sights like Buddhist temples and busy city corners. They traveled to Bali shortly after. If you’re looking for a tropical wonderland, Bali is it. Melinda seems to obsessively focus on pizza throughout her social media posts. She makes jokes about pizza, poses with pizza, and generally loves it as a food. How does she eat so much pizza and stay so thin? She must work out like a machine! 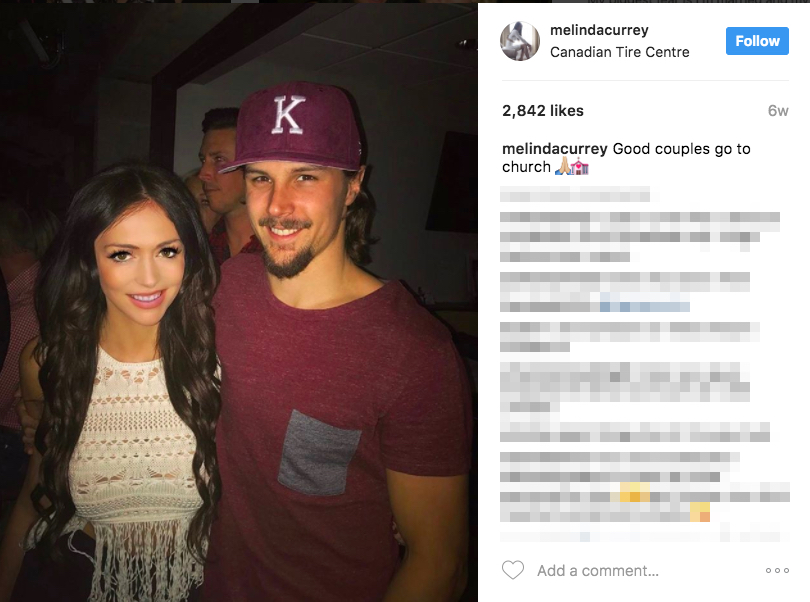