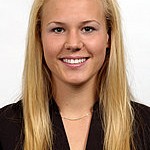 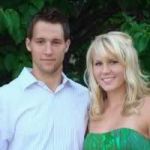 New Jersey Devils Center Travis Zajac comes from a true hockey bloodline. His father played three years of college hockey for the University of Denver, and his three brothers are all currently playing minor league hockey at one level or another. Two of his brothers, Darcy and Kelly play for the Albany Devils in the AHL, and may eventually join Travis with the big league club in New Jersey (I have visions of a present day version of the movie Slapshot running through my head right now).

Because of his deep rooted family hockey roots, one might presume that anyone who wants to marry into the Zajac clan should be able to hold her own when it comes to knowledge about the sport. I imagine that a starting forward on a Division I Women’s Hockey team would fit that bill.

Meet Travis Zajac’s wife Nicole Hekle. Nicole Hekle formerly played at the University of New Hampshire, where she helped her team to advance to the semi-finals of the 2007 NCAA National Collegiate Women’s Ice Hockey Tournament. She was a captain in both her Junior and Senior seasons, while also being named to the Hockey East All Star team in her junior campaign. She led all of Hockey East in points during her sophomore season with an incredible 52 points (19 goals, 33 assists)

It’s unclear when the two began dating, though both Hekle and Zajac hail from Winnipeg, Maintoba. The couple was married August 15, 2009. They had their first child in January of 2012, son Zenon Nathan Zajac. 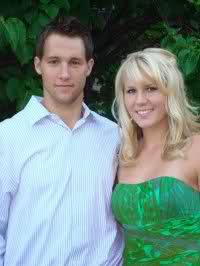