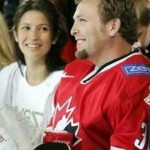 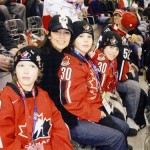 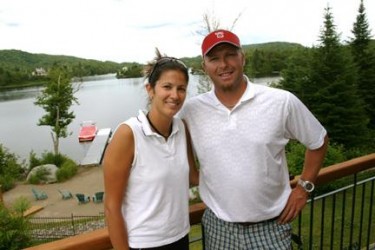 It doesn’t get much crazier than the back story behind how Martin Brodeur and his wife Genevieve Nault met and begain their relationship.

Martin Brodeur, goalie for the New Jersey Devils and a sure fire future hall of famer (maybe the best goalie of all time but that’s a different discussion) married Melanie Dubois in 1995. The seemingly happy couple would go on to have 4 children together including a set of twins. Somewhere during the marital bliss things soured, and Melanie would file for divorce during the 2003 playoffs. Keep in mind that despite the ongoing family issues Martin was able to put all of that to the side and lead the Devils to the Stanley Cup in 2003 (apropos of nothing, but I think Martin deserves some kudos for not letting his personal life interfere with his job).

Now of course, Martin and Melanie would not be the first couple to divorce, and wouldn’t even be the first to have a nasty divorce. Hell the divorce rate is roughly 50% so the fact that the couple divorced is no big deal. There were rumors of infidelity on Martin’s part, but sadly, after three years of covering the relationships of professional athletes, we know that there’s nothing rare about this. We’re casting no judgement, simply know that if it were true, he would not have been the first person, and definitely not the first athlete, to have been accused of stepping out on his wife.

Now here is where the story gets good (and we reveal the twist we’ve been teasing for the last two paragraphs). If the stories are true, Martin Brodeur began an amorous relationship while still married, with the wife of his wife’s brother (got all that?). Martin Brodeur’s current wife, Genevieve Nault was married to Melanie’s brother when it was reported that she entered into a romantic relationship with Brodeur. That my friends is one hell of a way to break up a marriage. If true, how long do we think Martin and Genevieve were hooking up before people found out? A few weeks, a month, half a year? I really would love to hear how this one went down. We know at the time Genevieve was living with the Brodeur’s to help with the family but have no clear indication how long the reported affair lasted. My mind could go on and on with questions about this, so we’ll stop the questions and finish with fact:
Martin and Genevieve are still together, and have one child of their own, born in 2009. 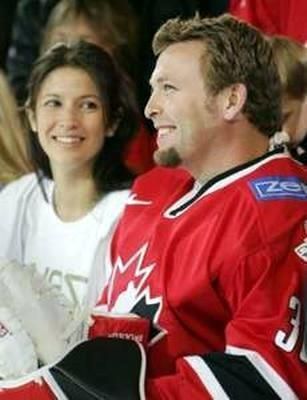