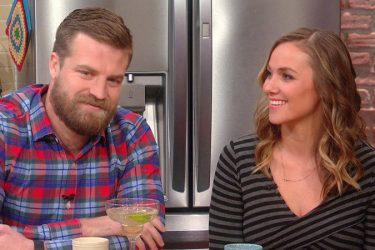 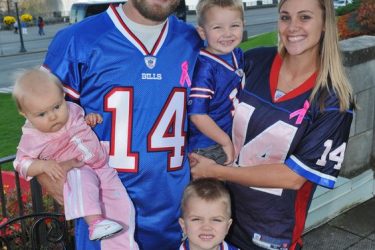 She played soccer in high school and managed to get a scholarship to Harvard University. Liza then played soccer for the Harvard Crimson for all four years. She graduated in 2004 along with Ryan. People love the story of their engagement. It came during Ryan’s rookie year in the NFL. He bought a ring using their joint bank account, and then Liza used their account to try and buy clothes. After her card was declined, she told the store she would go home to investigate why. That meant Ryan had to propose to her immediately. He chose a McDonald’s to do so.

One of the most interesting things about Ryan is his Wonderlic score of 48 out of 50. That means he’s really, really smart. Ryan Fitzpatrick’s wife Liza gave birth to their third child, a daughter, in February of 2009. They called it quits on having kids after that. Now, their son Brady got some love on in the internet after showing off his math skills at a post-game press conference. Ryan told the press to give him two numbers between 90 and 99 to multiply together. Of course, their son was correct with his calculations.

The wedding ring stays on!

Lastly, Ryan and Liza don’t take their wedding rings off. This fact surprises some people. They think there’s some kind of chance he’s going to injure his finger because he’s wearing a wedding ring. I think that’s a little silly. Most players are just paranoid, in my opinion. Heavy.com noted Liza dislikes Ryan’s facial hair. He grows it during the preseason because he’s apparently excited about having the ability to do so. Liza goes to games when she can, but it’s much easier to stay at home. They have three kids. Taking three kids to a game almost requires some kind of Mary Poppins situation. 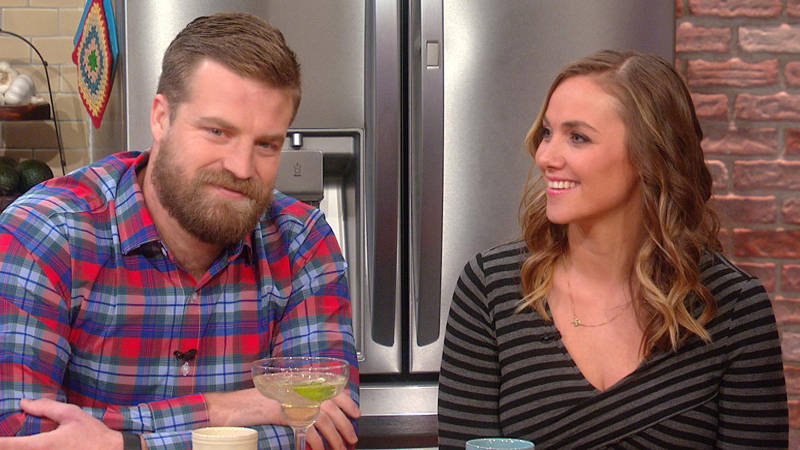