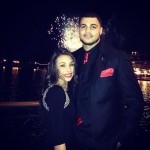 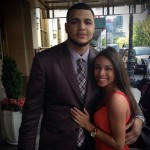 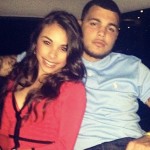 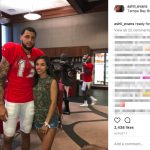 Mike Evans’ wife Ashli Evans gave birth to his second child on December 3, 2016. Her name is Ariah. Mike’s older daughter is Mackenzie. Mackenzie also just celebrated her birthday on April 15. When we originally posted about this couple, we noted Mike likely struggled to see frequently during his time at Texas A&M. Mike is a great dad, who very much appears to be keeping a regular, active role in Mackenzie’s life based on social media postings. Good for him – better for her.

And, what about Ariah?

Baby Ariah only stole a little of the limelight so I’m sure Mackenzie won’t blame her for that. Anyway, Ashli looks great after the birth. She posed with Mike in August before they went for a night on the town. Mike wore a Chicago Bulls jersey and ripped jeans. Ashli wore a stunning black dress and heels. I’m curious why Mike is a Chicago Bulls fan, too. He grew up in Texas and plays for Tampa.

The former Ashli Dotson met Mike while attending Texas A&M, though she is originally from Houston. Ashley officially declared herself in a relationship with Mike as of February, 2014, though there are pictures of them before that date. In February of 2017, Ashli accompanied Mike to an NFL Honors event in downtown Houston. That’s an event that gives awards and honors (naturally) to the best plays and players on the night before the Super Bowl.

The Pro Bowl took place in Orlando in 2017. Since that’s very close to Tampa, the Evans family drove there and enjoyed Mike’s appearance in the lineup. Mike Evans’ wife really does seem to enjoy life in Florida. She attends every Bucs game that she can. In fact, she took Ariah to her first Bucs game on September 20 of 2017. However, I think it was not the first football game Ariah attended. Since she appears in a photo at the Pro Bowl in January, I think that is her very first official appearance. Ariah also shares a close birthday with her mother, since Ashli’s birthday falls on December 17. 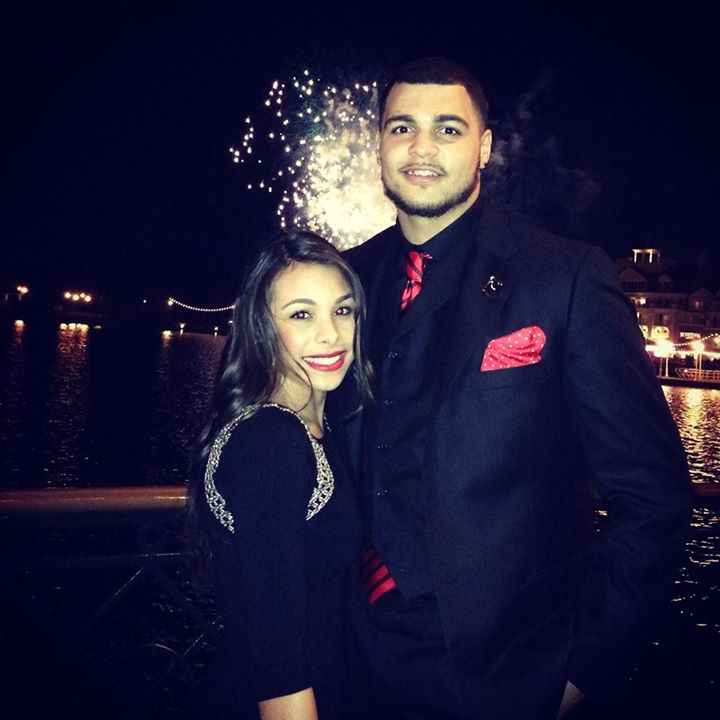