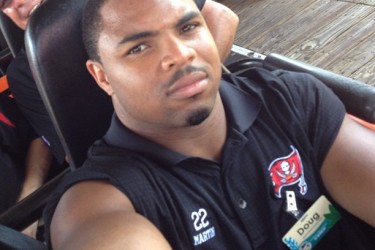 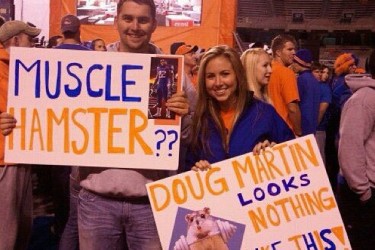 I think we’re all in agreement with Doug Martin that he needs a new nickname. All I really think of when I hear “Muscle Hampster” is that stupid Hamster dance song from the late 90s (good luck getting that out of your head now). In addition to it being annoying, Doug Martin’s ex-girlfriend is the reason he got the nickname in the first place.

While attending Boise State, Martin was at one point dating a gymnast. One day, Martin’s fellow Bronco was giving his girlfriend a hard time about her short and fit physique, calling her a muscle hamster. When Martin stood up for her, the friend decided to call him a muscle hamster as well because he is… you guessed it, short and fit. So much for chivalry, huh? Worst of all, he was stuck with the nickname even after they broke up.

Martin is no stranger to nicknames. He says growing up that his mother called him Bam Bam due to his destructive nature as a child (NFL teams will note that nothing has changed). Martin also went by Matthew growing up, which is his middle name, because his father was also named Doug.

Martin attended Boise State for four years and graduated in 2011. He was drafted 31st overall by Tampa Bay in the 2012 draft. After a somewhat slow start, he busted out against Oakland in Week 9 with 251 yards and 4 TDs. At this time, it looks like Martin is single. Maybe he learned from past nickname disasters and is waiting for a new name before settling down with a new lady. So let’s go Bucs fans, get your franchise-potential running back a name worthy of his skills. 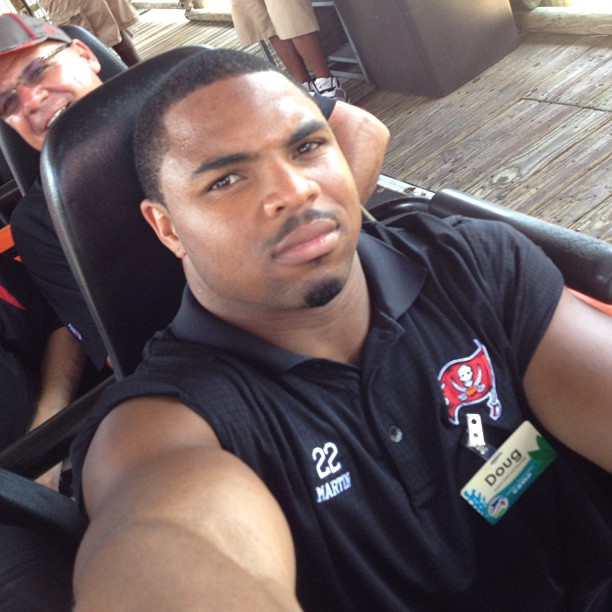