Chris Godwin’s girlfriend Mariah DelPercio is about to become Chris Godwin’s wife.  And based on the public adoration between them on social media, these two are starting off on the right foot.

You have no idea how cheesy I felt writing that sentence.  But,… whatever.  It’s true, so he did.  Chris Godwin’s girlfriend became Chris Godwins fiancee in March of 2020, right around the time people started to learn what a global pandemic was going to look like.

Like Chris himself says, these two have been at it for almost a decade so it was time to make it official.  Little did he know less than two weeks later, amid said pandemic, his life would change even more  Tom Brady was on the way, and now 10 months later, Chris is headed to the Super Bowl.  After a tremendous season, he’s set to be a free agent, and should absolutely cash in.  Engagement, Tom Brady, Super Bowl, mega contract.  That’s one hell of a year.

After the engagement, Chris Godwin’s girlfriend took to Instagram to express how much it meant to her. 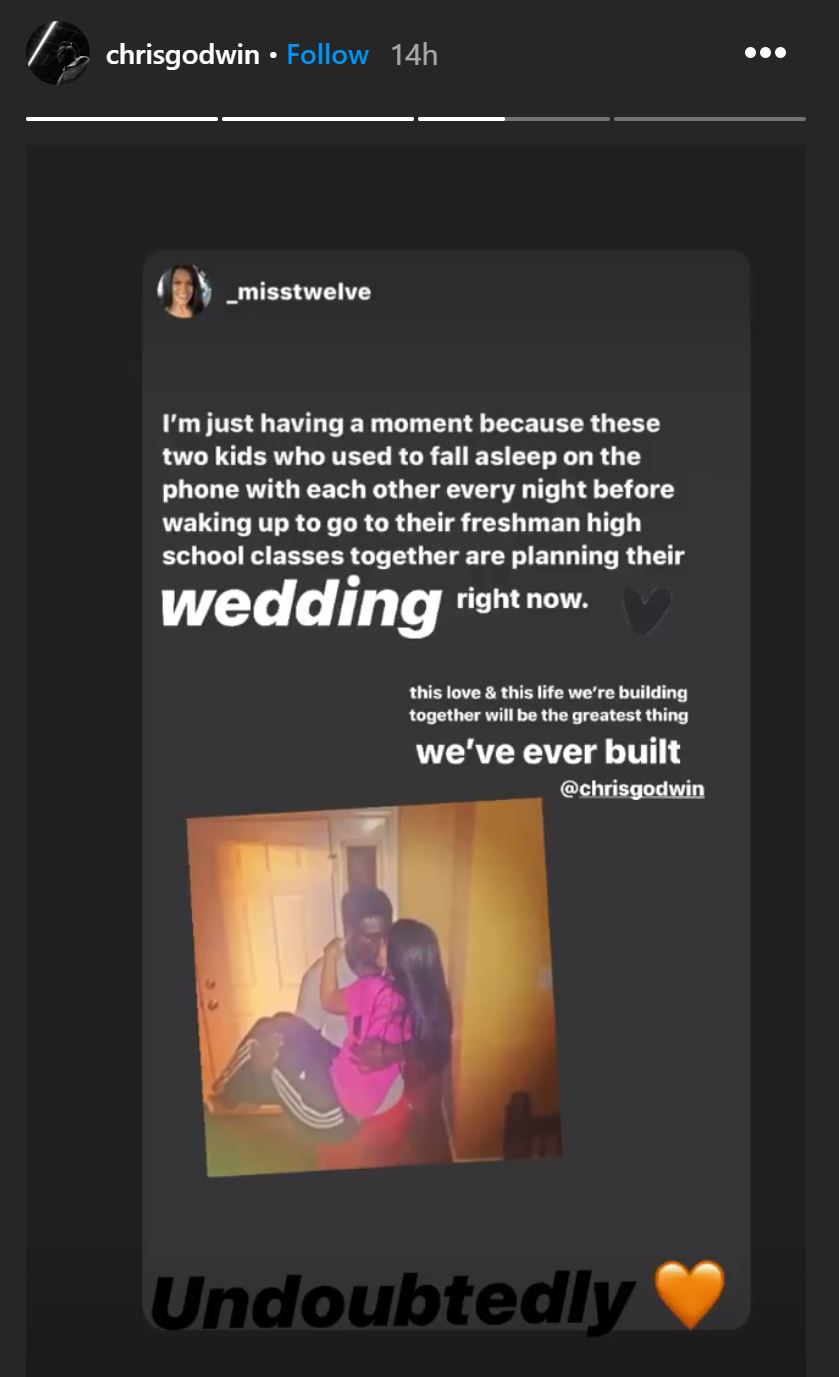 Chris Godwin and Chris Godwin’s girlfriend are avid animal lovers, and it therefore made sense to see the formation of Team Godwin Foundation.  The couple established the charity to help animals, with the mission of

Our goal is to work to save as many dogs as possible by advocating, promoting adoption and transporting dogs out of high risk areas. Team Godwin Foundation is a 501c(3) organization helping to provide financial assistance to our local shelter and rescue groups. Through programs like our Second Chance Fund, helping provide funding for animals needing life-saving treatments, and through future programs created to educate the public on the importance of adopting, Team Godwin Foundation aspires to make a difference for animals facing adversity!

The foundation will be featured during the 2021 Puppy Bowl.  We’ll let Chris and Mariah explain