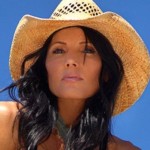 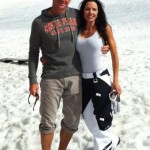 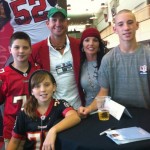 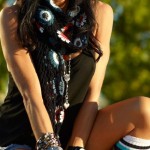 You would be forgiven if you saw this season of Survivor and assumed that current contestant and wife of a former NFL player, Monica Culpepper was Daunte Culpepper’s wife. Despite the fact that Daunte’s career went down in flames pretty quickly, he’s still the obvious one to think of when you hear the phrase “former NFL player Culpepper”. Well, like us, you’d be wrong. Apparently there was another Culpepper who played in the NFL, only this one was a defensive tackle. Brad Culpepper’s wife Monica Culpepper is a contestant on the most recent season of survivor and a member of tribe Salani (we don’t know what that means either).

Brad claims that he was the one who was originally supposed to be on the show, but that when producers saw his wife – they changed their minds. While that sounds a bit too convenient for a reality TV show in need of ratings, it’s a nice story. Considering Brad is the Eagle Scout in the family, one has to wonder if the Culpepper family would have had a better shot at the $1 million prize if he had gone instead of his wife.

Brad also claims that not only did he have zero contact with his wife for 50 days during filming, but that he also couldn’t tell anyone where she was either. So we’re supposed to believe that her parents and relatives just didn’t notice that she was gone for 50 days and that they either didn’t ask him about it, or they just took his word when he said she was “on a long trip”. Maybe it’s just my family, but if someone told me that – I’d start to wonder.

Anyway, so more on Monica. She went to the University of Florida, where she met Brad and was also named Homecoming Queen (no word on whether Brad was King). She also went to the Physical Therapy School at the University of Minnesota, where she graduated with Honors. The 41 year-old mother of three says the she gave up her life (and medical school) to help Brad’s career and that she’s excited to be on the show so that she can see what she’s made of. Her Survivor bio says that she enjoys, among many other outdoor activities, skeet shooting volunteering in the community – hopefully separately though. 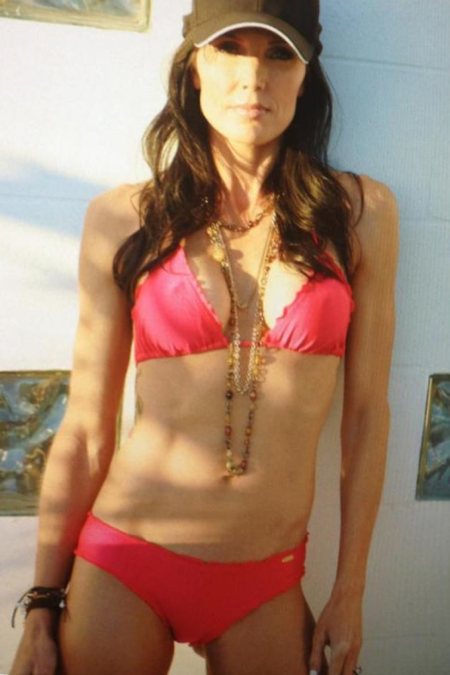