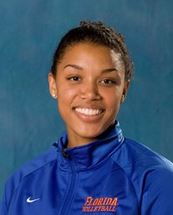 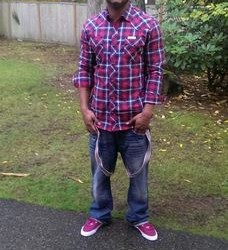 Seahawks fans are surely breathing a huge sigh of relief as their prized offseason acquisition Percy Harvin is back on the field. The 12th man welcomed Russell Wilson’s new best friend to the field, and Percy Harvin’s girlfriend Janine Williams to the wives and girlfriends section after missing the first ten weeks due to offseason hip surgery.

When Harvin was introduced as a Seahawk, his very pregnant girlfriend Williams attended the press conference with him. The two began dating while at Florida, staying together through his days in Minnesota. The transition to Seattle was another change for the newly budding family, but Williams was taking it in stride, and willing to come for the ride, telling The Tacoma News Tribune,

Seeing his jersey and all that kind of stuff, it’s very exciting,” she said. “As long as he’s happy, I’m happy.

Harvin’s first son was due in June, 2013, and he had every intention of being their to receive the child as it’s born. Harvin told USA TODAY Sports the impact that fatherhood was having on him:

I think it’s going to be amazing. Ever since she’s been pregnant, it’s given me more of a sense of responsibility, as far as doing what I love to do. But I get to do it for my little man now.

Williams played volleyball for the Florida Gators, after being named a high school All American. The 2007 freshman Florida volleyball class has produced a WAG-centric roster. Williams was teammates with Brandon Spikes ex-girlfriend Callie Rivers, who is also the daughter of Clippers head coach Doc Rivers.