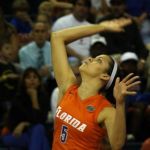 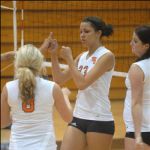 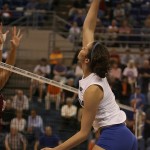 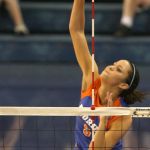 Callie is a current member of the Florida Gators Volleyball team. The 6’1″ junior has earned multiple Conference and All-American academic honors.

While introducing you to a reach of a third round draft pick’s girlfriend is something we might normally never get to, we found it imperative to pass along the inner weavings of the New England Sports scene.
Callie Rivers is the only daughter of Boston Celtics head coach Doc Rivers. Doc has mentioned how he hopes the Pats took a chance on Spikes in a number of WEEI radio interviews over the last couple of months. Following the 100-98 Game 3 win over the Heat, Spikes even made his way into Doc’s post game comments, saying: “The Patriots made a terrific pick today in Brandon Spikes. You’ll remember that name.”

“Big guy, big for an inside linebacker … Very highly respected… and of course, came with a good recommendation from Doc. Of course, I appreciated that. He can keep an eye on him up here, keep his daughter a little closer to home.” – Coach Belichick on why he drafted Spikes 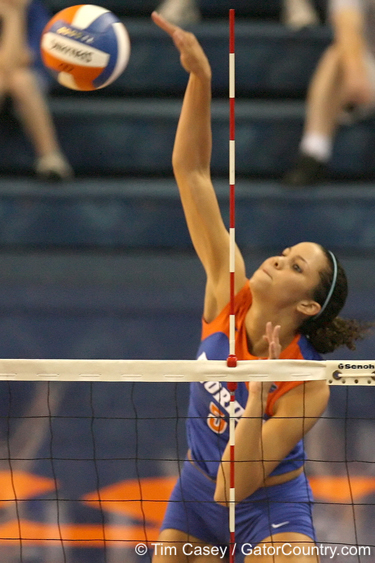