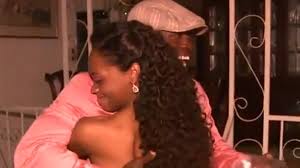 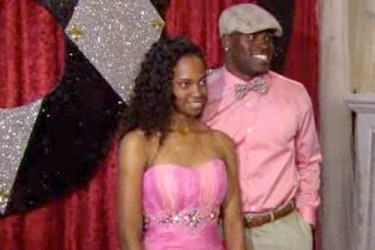 Christine Michael’s prom date was Taylor Kirkland, an eighteen year-old girl with autism and scoliosis who has difficulty speaking. Michael was contacted through a college friend who knew Taylor’s mom, and he is quoted as saying “yes without even thinking about it” when asked if he’d escort Taylor to her senior prom. We’re sure that Christine Michael’s girlfriend Alma Medrano didn’t mind in the slightest.

Taylor was actually named homecoming queen because of her determination and stick-to-itiveness. Her mother showed Taylor a picture of her date, and Taylor was very impressed. Score! Before prom night, Taylor was asked if she was going to kiss him, and Taylor said immediately “yes.” I wonder if Taylor was at all confused that the hunk of man that would be accompanying her as her prom date was named Christine? I myself do not understand why parents would ever name their son that. Were they anticipating that he’d have to be tough in order to make it into the NFL, so they gave him a name that would attract bullies far and wide? I would probably take a shot at a guy named Christine if I were a 5th grader, so I’m guessing it caused problems for the running back. According to Michael’s mother, she chose the name before he was born and before she knew it would be a boy. So why the hell didn’t she change it afterward? Come on, Mom!

Taylor’s prom date Christine registered a 43-inch vertical for his pre-draft measurables. That’s pretty intense, but I guess it helps when you’ve got to jump over people when you’re rushing. He’s only actually played in 4 games and has never started, but here’s to hoping that his workload picks up. I think one senior prom is enough for any professional athlete. Maybe this year he’ll be a more integral part of the Seahawks offense, though I really doubt he’ll take over for Marshawn Lynch, who has grabbed over 4000 yards in three seasons.