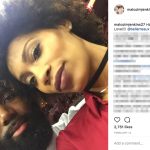 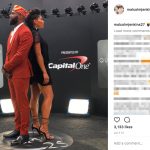 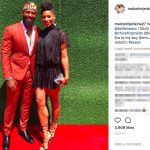 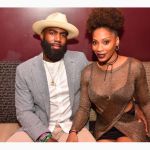 Malcolm Jenkins’ wife Morissa Jenkins is the mother of their daughter, Elle. She joined the Jenkins family in 2013, when the couple lived in New Orleans. Morissa showed up in a short profile on nflplayerengagement.com. She said they loved the city of New Orleans, but she welcomed the change to a new city when Malcolm became a free agent. Since she gave birth to Elle in New Orleans, it held some special meaning for them. However, she said she had one thing to reassure her. From NFLPlayerEngagement:

“We loved New Orleans,” Morrisa said. “We had put roots down, made lifelong friends, and our daughter was born there.  The thought of moving away from everything and everyone that I had grown so comfortable with made me a little anxious.”

Morrisa and Malcolm did not know where they would wind up, but they never doubted that they would land exactly where they were meant to be.  “Malcolm and I are very spiritual and rely heavily on our faith,” said Morrisa. “So I found comfort in knowing that wherever we ended up, that God had a purpose and a plan for us being there.”

According to Morissa, the Eagles Organization made it very easy for them when they moved. Apparently Malcom Jenkins’ wife became close with Darren Sproles’ wife. Sproles also got traded to Philadelphia when Malcolm did, so Morissa found a friend to ease her into a new city and team. According to Morissa, the only problem they faced after they came to Phildelphia was the search for a home. It took them longer than they hoped it would, but they did settle into a nice house after months of searching. I saw some pictures Morissa posted of their neighborhood. Looks lovely.

The headlines rang true.  Malcolm and Morissa made headlines by slaying it on the red carpet at the ESPY’s.  The two are keenly in tune with fashion, and definitely put their fashion plate forward.  Morissa has appeared in Eagles Wives Charity Fashion Shows.  Events like this aren’t usually about the clothes, but the foundation it’s representing.  When it comes to Morissa, both the fashion and the function take center stage.   In May, both Morissa and Elle participated in a charity fashion runway to help kids through The Malcolm Jenkins Foundation. It’s goal is to help young kids develop character and leadership skills. The couple enjoy their charitable lifestyle in the great city of Philly.

Malcolm Jenkins’ wife also shares some of her living philosophies on social media. She encourages people to pursue active lifestyles. Morissa says life is about creating passionate and happy moments. She recommends not letting anyone stop you do the things you love (not even yourself). I enjoy reading nice messages like that from player wives especially when they write them themselves.  Kudos to this conscious, conscientious family.