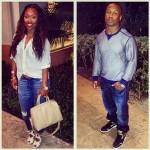 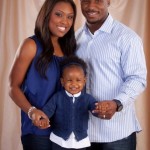 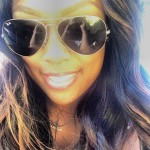 UPDATE 03/12/2014: Darren Sproles’ wife Michel Sproles is angry.
That’s not to say it’s unreasonable. Sproles has had a challenging 2014 offseason. He’s been rumored to be cut, traded and all but exiled from New Orleans, and oh by the way, he’s been finding out via Twitter. In a league where any snap could be your last, it’s not shocking to see a family upset at the way a player has been treated given his dedication to the fans and city.

That in mind, Michel Sproles went off on the Saints tonight on Instagram:

I am so disappointed in the Saints organization & the way they are treating my husband. I understand this is a brutal business but when u have a good guy who works hard & does a lot for the community u would think they would show a little more respect. To verbalize to him that they will release him so at least he can choose the team he wants to spend his last few years in the NFL on & then take it back without a word & try to trade him is f**ked up … I no I have no control over this & God is gonna work it out but in the mean time I’m gon vent & talk s**t. Lol! WhoDat Nation get ready for a ride because the seeds yall front office is planting its not gon be a good look for yall. See the way my God is set up he gets the last say & can get u back better than the Compton Curse out I wanna give these muthaf**kas! #YesICurseAndPraiseGod #OnlyGodCanJudgeMe #IputHisChargeRPicsUpBecauseTheSaintsAintShitForWhatTheyDoin”

So there’s that. Michel Sproles has since removed the post from Instagram, and there are no pics of Sproles from his San Diego days. Honestly though,… we totally agree with her. While we get the need to pull the post down, what she said was right. Lousy way to treat a loyal franchise guy, who’d probably prefer to choose where his last contract comes from.

Michel Sproles still holds the title of CEO for 7 Image Salon in San Diego, while also maintaining her position running Sproles Empowered Youth. She recently gave birth to the couple’s second child in 2013.

The 2010 offseason was a big period of time for Darren Sproles. Not only did he sign a monster contract with the New Orleans Saints, but he also married the former Michel Hunt.

Michel is an accomplished athlete unto herself, competing at the national level in track events as a child and teen. Her track and field accomplishments paid off, leading to a full boat scholarship to UNLV.

Darren and Michel now run a non-profit organization, Sproles Empowered Youth , whose mission statement is:
SEY’s mission is to empower teen boys and girls with essential life-skills that will encourage them to become responsible and successful adults. Michel and Darren’s goal is to inspire these future leaders to face life’s challenges with hope and dignity.

Darren and Michel have one child, daughter Devyn. That kid’s gonna has one hell of an athletic gene pool to swim in… 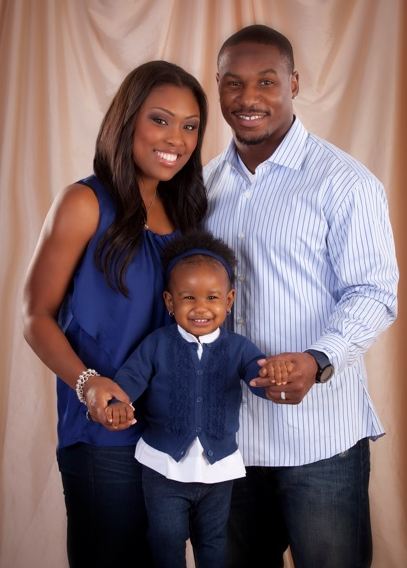