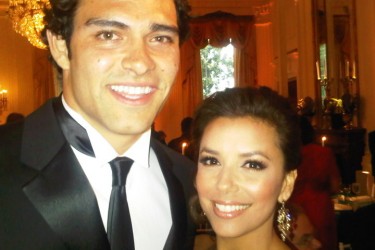 09/14/2012: Blammy! Even more confirmation!
In as close to a grilling as the former AC Slater who now goes by Mario Lopes, is capable of, the Extra host asked Longoria about her relationship status. Longoria told him,

In a world where we rarely get anything more than a “source close to the couple,” or one of parties calling themselves “friends,” this is great news for us. We’ll keep an eye on this one as Sanchez is compiling a Jeter-esque dating profile. He may be on to the next one soon enough.

For once, one of these crazy “celeb spotting=automatically dating,” gossip items appears to be true. After a couple months of silence on the Mark-Sanchez-dating-Eva-Longoria front, the two resurfaced in New York over Labor Day weekend having lunch with one another. Sports and entertainment blogs fired up the old post machines and started passing this along like crazy. The lack of public sightings seems to make sense when considering Mark’s been losing his grip on the starting QB job at Jets training camp for the past few weeks. Neither side has yet to comment on the coupling, but if they do (or when they’re seen again), we’ll be sure to pass it along… again.

First thing’s first, all four of the guys on this site are die hard Jet hating Patriot fans. All four of us. That said, I’m beginning to love Mark Sanchez, because he’s about to turn this site into a full time job for me.

Mark Sanchez is clearly on a mission to show Derek Jeter that he’s capable of putting together the more impressive dating resume. In the last couple years, we’ve seen Sanchez linked to Hollywood starlets such as Hayden Panettiere, Jamie Lynn Sigler, model Hilary Rhoda, and of course, the pinnacle of dating pinnacles,… Kate Upton. and, apparently, Mark’s not done.

According the In Touch Magazine, Mark Sanchez has been spotted around New York City in very friendly confines with Eva Longoria. Yes, the same Eva Longoria, the former Mrs. Tony Parker, who was once linked to Matt Barnes, and of course embroiled into the crazy teammate – wife – teammate – wife love square. The two were initially spotted grocery shopping in New Jersey near Sanchez’s home. They were later seen out to dinner and drinks with friends at the Hotel Griffou in New York City, while Longoria donned a blonde wig presumptively to avoid being seen by the press.

Like always, there has been no confirmation from either side, but if there ever is, we’ll be sure to pass it along. 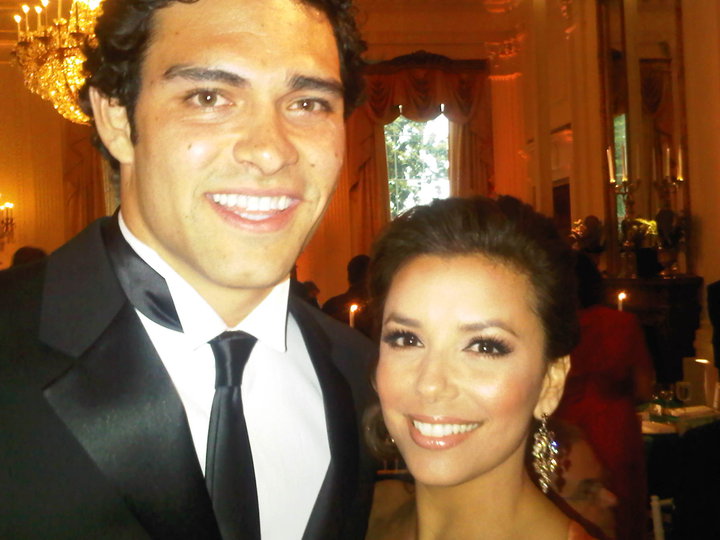