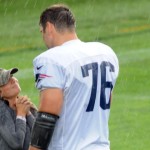 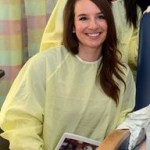 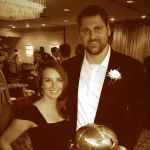 Sebastian Vollmer’s girlfriend Lindsay Force has been his fiance for at least four months, as she was described as such in September of 2014. She takes part in all of the the official Patriots activities for player wives and girlfriends, and she’s been known to hop into a fashion show and paint some nails. Yes, the player wives and girlfriends paint people’s nails as (I guess) a kind of PR thing. I wonder if that’s annoying to get a call from the offices of the team being like, “Hey Lindsay, it’s that time of the year again. We need you down here tomorrow to paint strangers’ nails.” It sounds, you know, like a bother, but if you don’t have anything better to do I guess it wouldn’t be so bad.

There’s also the help that Lindsay has been giving Sebastian with his English. He has said that any time he made a grammatical or syntactical error, she instantly corrects him. In this case, it would be her that would be annoying. It’s all part of assimilating from a big German to a big Patriot. Sebastian Vollmer’s girlfriend Lindsay Force was photographed with other Patriot wives and girlfriends visiting the Boston Children’s Hospital to help put some smiles on some otherwise frowning faces. In attendance in the “pep rally” was the lovely Lexi Solder, wife of Nate Solder. Knowing her, she probably organized the whole thing. This was back about a year ago, and so Lindsay has been with Sebastian for at least a full year. It brought smiles to the kids and included balloons with Patriots logos on them. Who doesn’t like a balloon with a Patriots logo?

All in all, Sebastian Vollmer’s girlfriend Lindsay Force seems like a nice girl. Taking part in the activities as a girlfriend is basically the same as being a wife, since it signifies the couple has been in a relationship for awhile and is serious. 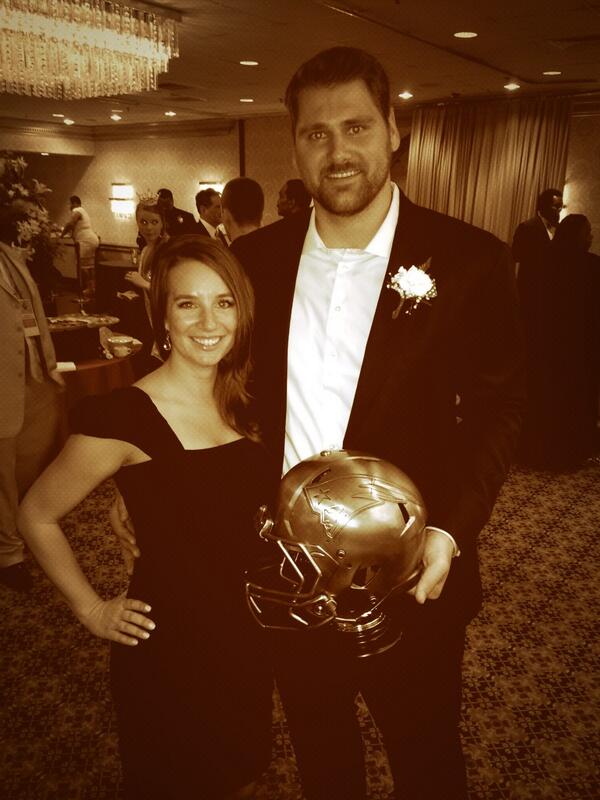