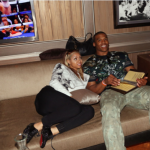 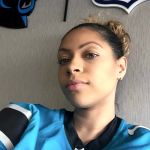 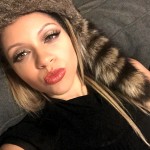 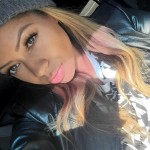 Cam Newton’s girlfriend Kia Proctor is the mother of his kids.

And how many kids are there, exactly PlayerWives.com?

Well folks, there are three, and one more on the way!  First, the woman commonly referred to as Cam Newton’s wife gave birth to a son, the couple’s first child.  Cam Newton’s son is named Chosen, which must have been complicated to explain to the family. It turns out that Cam’s “rock the cradle” touchdown dance was a direct reference to their new child. Newton wouldn’t comment on this touchdown dance at the time. He now explains that he didn’t want to take any attention away from his team.

Cam even claims that his son Chosen was walking – at a mere one month! Obviously this was a joke. That said, it certainly wouldn’t surprise us if Chosen Newton inherits some athletic genes. Cam’s athletic talents aren’t up for debate, but don’t forget Shakia Proctor’s place in this equation.

Their second child, a daughter named Sovereign-Dior Cambella Newton.  She was born February 3, 2017.  Their third child, another son, was born on July 6, 2018.

In May of 2019, Cameron Newton’s girlfriend was revealed to be pregnant with their fourth child!  Congratulations to the Newtons!

Cam Newton’s girlfriend Kia Proctor is a former stripper (which she did under the name Hazel). Stripping isn’t easy – you try sliding up and down that pole for hours on end and see how sore you are at the end of the day. PLUS, there’s a lot of losers in there.  In her former life as an adult dancer, she worked for the famous Washington DC Stadium Club. The assumption is that Kia has given up her former career. She has done plenty of modeling work recently. This newfound modeling career, along with a relationship with the prohibitive NFL MVP favorite, likely closes the door on a return to the stage & pole.

Cam and girlfriend Kia Proctor made their first public appearance at the 2013 Kentucky Derby. The then unknown Kia sent the internet to work to learn more. This research eventually showed that Cam and Kia were expecting a child. While initially just a rumor, the couple eventually confirmed the story. Especially after Cam did the “cradle a baby” touchdown dance in week 17. Cam Newton’s girlfriend Kia Proctor quickly became a national story.

Are these two still together?

At one point there were rumors swirling that Cam and Shakia Proctor might no longer be together. This rumor came from the subject and tone of a DM Tweet that Cam sent to LA Radio personality, Promise B Mae. That story remained relatively quiet and may have been genuinely friendly in nature. Now that the couple has a child, and with Cam being very open about calling Kia his girlfriend, these rumors have been put to bed.  I’d say child number 3 can assuage those concerns. 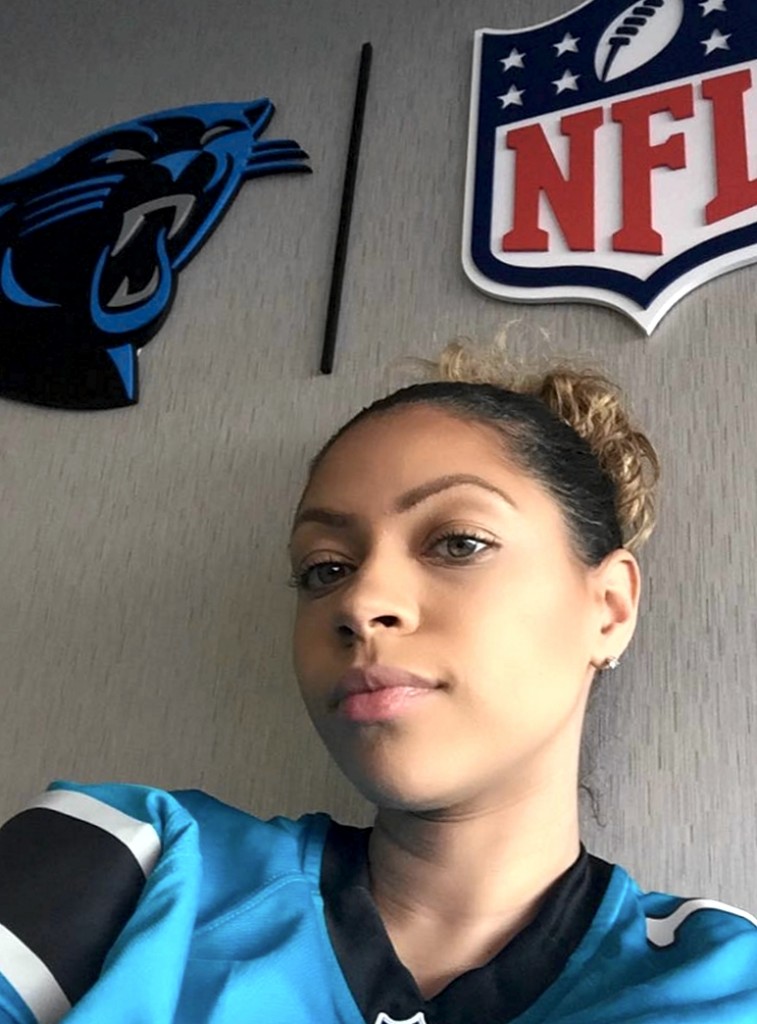