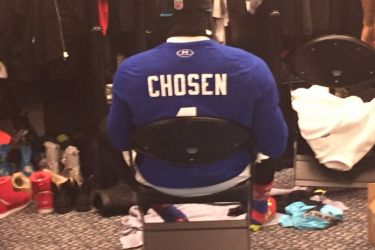 The enigmatic quarterback has generated headlines in recent weeks. Newton’s headlines are usually reserved for his absurd and redefining-of-the-position play on the field, this is something entirely different. Cam Newton’s son seems to have transformed the man that people love to love and love to hate.

Born on Christmas Eve, 2015, Cam Newton’s son came into the world with a unique name, from a unique parent. Cam, known for his individual style, has already broken out a customized jacket with his boys name embroidered on the back.

So, where did the name Chosen come from exactly?

I wanted something that would be masculine, but yet unique.  I’m not a big fan of juniors and every person that I’ve had this conversation when I say ‘I don’t want to have the pressure of him being a junior’, they reply, ‘what the hell do you think Chosen’s going to bring?’

Fair points Cam.   The name Chosen is definitely cool, but it’s certainly going to bring some heat on the playground, and the football fields int he future.

Chosen Sebastian Newton was born to Cam Newton’s girlfriend Kia Proctor. Proctor was formerly a dancer, but seems to have settled down with one of the most polarizing stars in the NFL.

Shortly after his son’s birth, Cam Newton did a touchdown celebration dance where he rocked a football baby in the endzone.  Rather than doing the usual “dab” celebration, Newton paid homage to his boy.  Though Cam didn’t comment on it after the game, the ever conscious social media platforms quickly found out.

Cam could sweep the greatest 6 week stretch a man could have with a win over the Denver Broncos in Super Bowl 50.  Vegas currently holds the Panthers as a -6 favorite over Peyton Manning and the Orange and Blue. 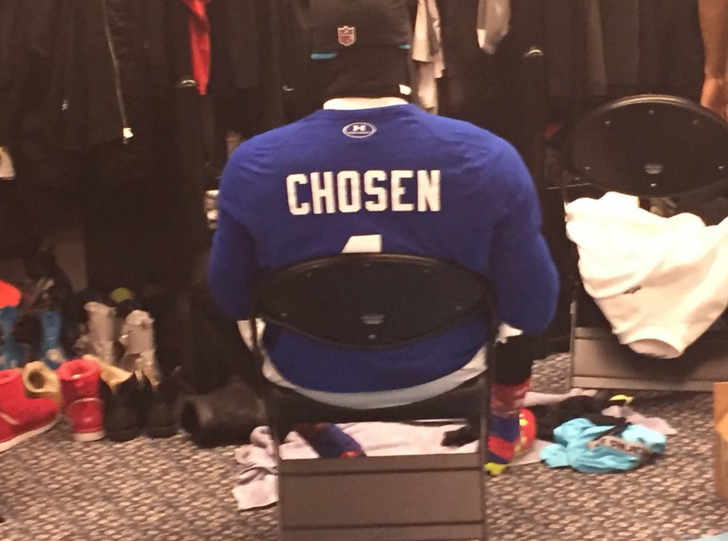