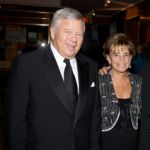 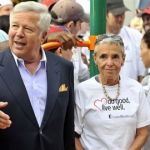 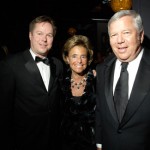 Bob Kraft’s wife Myra Kraft was often in the public eye, thanks to their charitable donations. Myra managed the Robert and Myra Kraft Family Foundation and the New England Patriots Charitable Foundation. Their many donations ranged from education to child and women issues to healthcare as well as American and Israeli causes.

Myra Kraft’s perspective on how to choose the recipients of the money they gave away was quite simple, but smart:

I’m not looking for earth-shattering ideas, but good programs that you know whatever you give them is going to be used well, and that it’s needed.

Myra Kraft inherited her sense of philanthropic duty from her father, Jacob Hiatt. Her father avoided the Nazi regime by emigrating to the United States from Lithuania in the 1930’s. He eventually went on to become one of Worcester’s greatest philanthropists.

Bob Kraft met future wife Myra while she was attending Brandeis university. After a short courtship, they were married in June of 1963. Bob and Myra have long lived in Chestnut Hill. The Kraft’s had four sons, the first of which was born a year before she graduated from Brandeis. Their son Jonathan Kraft is the president and COO of the New England Patriots. Their other sons are Daniel Kraft, Josh Kraft and David Kraft.

Bob Kraft’s wife Myra Kraft was 68 years old when she passed on on Wednesday, July 20, 2011 of ovarian cancer. All of Patriots nation mourned her loss, but none more than Bob Kraft:

She weighed 98 pounds, she read four books a week, she ate healthy and exercised every day. Our plan was that she was going to outlive me by 30 years.

In a statement issued by the team:

Words cannot express the deep sorrow that we feel in learning of the passing of Myra Hiatt Kraft. Myra passed away early this morning after a courageous battle with cancer. We are all heartbroken. The global philanthropic community and the New England Patriots family have suffered a great loss.

With the blessing of his family, Bob Kraft has found companionship with a (much younger) female friend. The couple’s first public appearance was at a Celtics game (which PlayerWives.com was actually in attendance for). While we were the first to report, the Internet has since unearthed even more info on Bob Kraft’s girlfriend Ricki Lander. 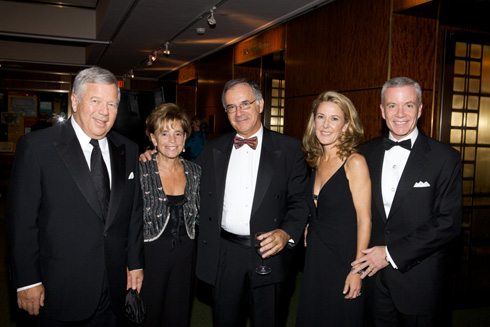