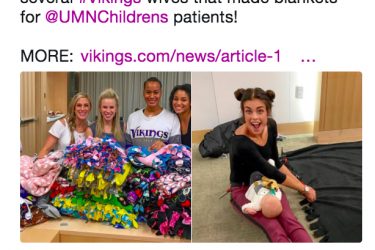 The Vikings are making a statement. They want to play football at home on February 4, 2018. With injuries and inexperience around the NFC, Super Bowl 52 has every chance to turn into a home game for the guys in purple.  Skol Vikings!

But, as relative newcomers to the contender scene, we have some work to do.  There’s not a ton known about the Vikings Wives & Girlfriends.  Of course we know about Case Keenum’s wife.  And sure, we know about Adam Thielen’s wife and Kyle Rudolph’s wife.  But the list is relatively short. So, with that in mind, let’s do our due diligence.  Let’s see what we can unearth.

Who is Anthony Barr’s Girlfriend?

Great question – but I’m going to bury the lede here.  While researching this post (and shut up, yes we do research), I stumbled on something kind of incredible.  Can anyone guess the most popular dates that Anthony Barr’s girlfriend, or Anthony Barr’s wife was searched on Google?  It was October 15, 2017.  Can anyone tell me what happened on October 15, 2017?  Yep.  You guessed it.  It was the Aaron Rodgers hit.  And since you clearly come here for football insight, it wasn’t a dirty hit.  Whether Aaron Rodgers was swearing at him or not, doesn’t matter.  It was fine, and between the lines.  But, back to search history.  So, if you start putting pieces together, that trend is bothersome.  Barr has been inundated by hate mail since the hit, including just your run of the mill death wishes placed on his neck.  So who is Anthony Barr’s girlfriend, or Anthony Barr’s wife?  Honestly, we don’t want to know.  This one just feels like it’s opening the door for more psychotic responses to get tossed around.

Who is Xavier Rhodes girlfriend?

Similar to the other guys, there’s not a ton out there about Xavier Rhodes’ girlfriend.  However, back in high school, his high school girlfriend seemed to have helped change his life for the better.

Seeing football as his strong point, Rhodes realized errant off-the-field behavior wouldn’t help him. He said he took a dramatic step in the right direction as a junior when he entered a relationship that kept him off the streets and away from the negative influences. He became a highly recruited player and committed to Florida State, as a wide receiver, as a senior.

Shortly thereafter, he found out he and his girlfriend were going to become parents.

“I was afraid,” Rhodes said. “I was on my way to college, and I didn’t know if I would go to college still or drop out.”

It doesn’t happen often, but Rhodes had his cake, and ate it too.  In one of those good fortunes for a guy who tries to make the best of it, both worked out.  His son, Justin, was born during his Freshman year at Florida State.  While it’s not clear if Xavier Rhodes’ girlfriend from high school is still in the picture, one thing is clear.  Xavier Rhodes remains heavily in Justin Rhodes life.  It’s a vow he took seriously when he was born and continues to try to be involved.  Kudos.

Who is Kai Forbath’s girlfriend?

The answer to the question of Who is Kai Forbath’s wife and who is Kai Forbath’s girlfriend is actually the same.  We don’t know.  In fact, seemingly no one does.  There’s no significant other that pops up in the ol’ Instagram feed, despite having pictures from the routine couple places.

A vacation on a beach?  Check that box, but no smiling pic with the girlfriend in front of the water.

Post game pictures in his NFC North Championship tee shirt and hat?  He’s got those – but took the picture with teammates.

A new puppy picture?  You betcha.  BUT NO GIRLFRIEND SNUGGLING IT UP TO HER FACE!

How in the hell are we supposed to cope with this?  He won’t share all the personal details of his life?  Oh, in that case, to answer your question…. who is Kai Forbath’s girlfriend?  If she exists, he sure doesn’t want us to know. 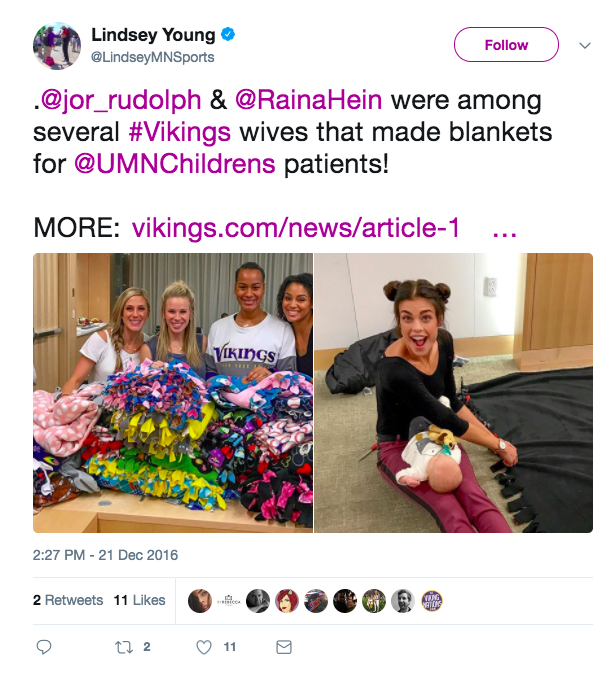