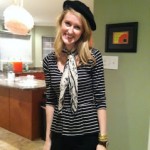 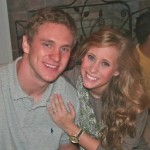 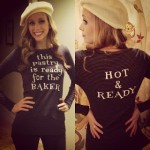 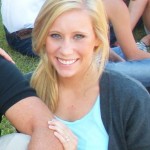 Austin Davis’ wife Heather Davis blogs about her marriage’s “sin.” Coincidentally, I wonder if putting the word “sin” in quotations makes me the Antichrist? Isn’t it supposed to have profound weight and importance? Putting it in quotations kind of takes the bite out of it.

She describes a fairly unhappy first year or marriage with her husband where they were taking bread-making classes:

‘We had spent our entire first year of marriage trying to do something that is totally impossible without God’s grace and mercy and we didn’t even realize it. We filled up our days with conversations about football, new decor for the house and what new things to try in our city. When at the root of our heart sat emptiness, confusion, doubt and depression.’

Bread-making classes, football, and doing new things in a new city! Sounds like a deluge of debauchery to me…

She prefaces her troubles by saying:

‘Each marriage is different. But sin is the same. And everyone has it. In our case, sin has destroyed who we once were when we first met. The sin that lingered in our past crept in, in moments of loneliness and silence and began making us angry, short tempered and frustrated.’

Okie dokie artichokey. Well, not to worry– she goes on to explain just who it is that dabs away those pesky spots of sin and who brings joy and happiness into that life of hers. Spoiler alert: it’s Jesus…

‘Preach! To Austin and I, this means we are obviously pretty crappy people capable of some pretty crappy things. We fail ourselves. We fail God. And there are things in our lives that are hurtful. But then there is JESUS. Horseback riding lessons and a bread making class will never fix our brokenness. But JESUS WILL!’

Alrighty then! We’re back on track now, apparently. Phew. The capitalization is hers, by the way. Isn’t she’s embellishing a little here? She’s sort of making it sound like they razed an entire town of infidels. She’s going pretty hard on herself. I’m still not quite sure what the problem was. As you can tell, this lady really, really digs church. Here’s the blog post. The strange, self-lacerating part is at the bottom. The beginning is the usual trifles about making breakfast and stuff. Maybe she wasn’t getting the opportunity to go to church as much as she wanted? Why all the veiled talk about “not being the same people they were when they met?” Purely speculating, but does that mean they were both virgins, and having sex somehow made them crappy people? In the case of Prince Amukamara, it made him way better at football. Anyway, let’s hope Austin’s wife Heather doesn’t wind herself up too much. We don’t want her to lose her swagger. 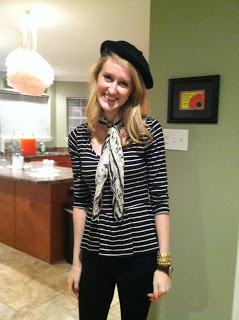