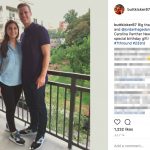 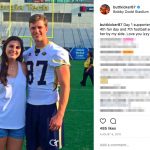 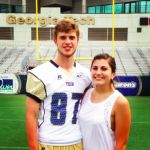 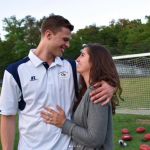 Technically, Harrison Butker’s wife Isabelle Butker needs to wait until after the 2017 season to become his wife. However, we like to let you know ahead of time what the deal is. On May 13, 2017 Harrison asked her to marry him. He shared a lengthy post on social media to mark the occasion. Prior to the proposal, they dated for seven years. In fact, they started to date as freshmen in high school. He said he always envisioned a marriage with her since the start. He wants to have kids with her too. It’s all in written in stone, people! At least, it appears on his social media feed.

Harrison Butker’s wife goes by “Izzy” with her friends. It’s a pretty cool nickname. It tops “Dizzy” and “Busy” as nicknames go. Busy Butker is not a great name to go by, if you ask me. Izzy Butker, on the other hand, is primo. In May, Harrison appeared in a photograph with Alex Morgan, the soccer star. I think he ran into her in an airport since they appear at Atlanta International. Since the couple is young and enthusiastic, it’s important to remember they both only just finished college in 2017.

If you go all the way back to the beginning of Harrison’s social media feed, Izzy is right there from the start. Harrison Butker’s wife received visits from him in Memphis in 2014. That’s because she attended school there at Rhodes College. Interestingly, Izzy didn’t go for the typical Bachelor’s Degree in Communications. Instead, she majored in Spanish and Computer Science. I love that! I can also tell you she used to tutor kids in math, and she volunteered at a pet shelter back in high school. Like Harrison, Izzy attended a private high school called Westminster in Georgia. That’s why Harrison saw Alex Morgan at the Atlanta International Airport. He likely went to go visit friends and family. 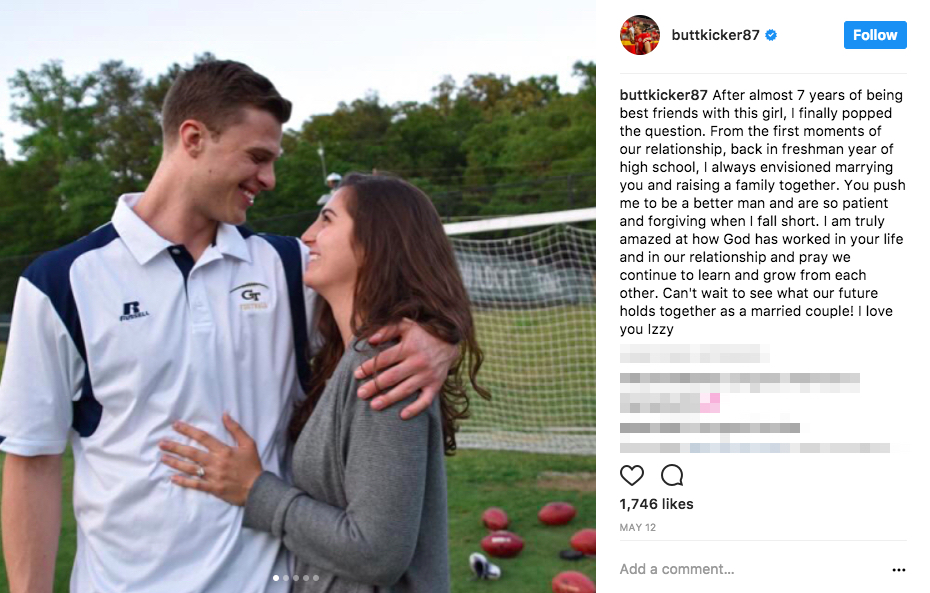