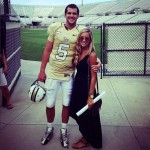 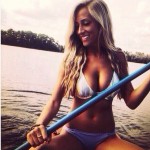 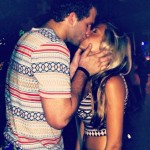 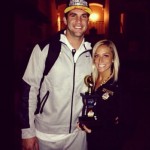 Blake Bortles girlfriend Lindsey Duke has actually been out of the picture for quite some time.  But, she’s still worthy of a post update all the same.

This post has actually been up for three years now.  And we learned about Blake Bortles girlfriend when she was becoming an internet darling.  Think back to the 2014 draft season as if you were Lindsey Duke.  Her life has been flipped upside down.  NFL GM’s are asking your boyfriend if you’ll be coming to dinner during the scouting combine.  The internet has fallen in love with you.  And, you’re two months away from being the girlfriend of a guy getting an 8-figure guaranteed payday.  Kind of a lot to digest.

During the process, Blake Bortles girlfriend Lindsey Duke was lucky.  Fate was on her side during a recent family vacation where she met someone who’s been through it: Matthew Stafford’s wife Kelly Stafford. The two spent time together, posting pictures, and looking pretty much like you’d expect NFL quarterback girlfriends to look like.  Hall tweeted good luck to Bortles and Duke after the trip, and with that, the internet pretty much collapsed on itself.

Blake Bortles girlfriend Lindsey Duke is a model who has graced the cover of aXis Magazine.  During his time in school, she served as a huge Blake Bortles fan.  The tweets of support and suspenseful nerves were aplenty.

Duke has done an amazing job in promoting her brand, and may have the ability to leapfrog Bortles in terms of popularity. In a recent New York Daily News article, Bortles college coach understands it:

When ESPN reporter Gene Wojciechowski told UCF coach George O’Leary that a Google search of his quarterback resulted in about 224,000 hits and a search of the QB’s girlfriend led to over six million, the coach responded by saying, “I would hope as a head coach that the numbers would be reversed, but obviously you haven’t seen his girlfriend. She deserves six million Googles.”

Who is Blake Bortles girlfriend in 2018?

Unfortunately love doesn’t bloom eternal in Jacksonville.  Shortly into his rookie year, Bortles and Duke called it quits.   No reasons for the split were provided, but plenty of outlets like to point to the disparity in fame between the two.  It seems like a flimsy reason given that he’s the face of an NFL franchise.  But, it wouldn’t be the first time fame has broken folks up.  Whatever the reason, the relationship is kaput.  That said, it doesn’t stop folks from being interested in Blake Bortles.  Or Lindsey Duke.  Either way, we sure get it.

But it’s 2018!  Folks want to know, who is Blake Bortles girlfriend nowadays.  Unfortunately, there ain’t much to go on.  And whether it’s buttoning up his private life given how much things were public with Lindsey, or something else, there’s nothing to talk about.  Blake is a quarterback leading a resurgent, exciting Jags roster into the playoffs.  Girlfriends probably are pretty low on the scale of importance right now. 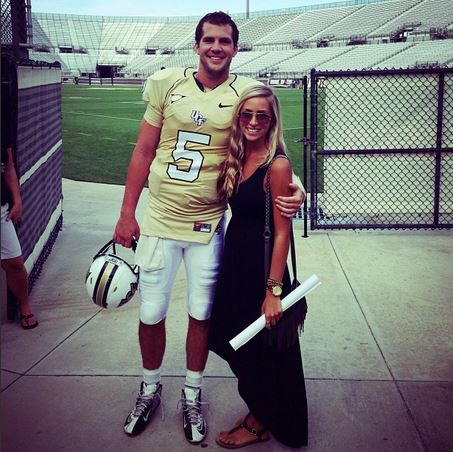