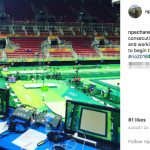 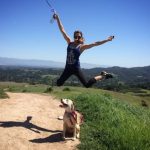 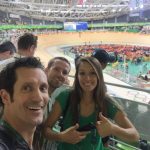 Wife?  Did you say wife?

After years and years of dating, Andrew Luck’s girlfriend finally became Andrew Luck’s wife.   Andrew asked Nicole to be his wife sometime in 2017, though no public updates of a wedding, until is was all said and done.  The couple jetted off to Prague to tie the knot in March of 2019.  When you date since high school, what’s really the rush?

Nicole has an incredible job. She travels everywhere and watches a ton of the Olympics sports up close and personal. She posted a lot of pictures of herself at the events on her social media while she wasn’t working.  Following Luck’s shocking retirement, many people cited that he wanted to spend time with his wife, and travel the world.  It would certainly seem that Nicole helped sway Luck’s decision.  By no means are we saying she told him to, but she was a factor he considered, as anyone (professional athlete or not) would making a career altering change.

Nicole spent “the first twenty years of her life” traveling to gymnastics events. Before she was a producer for gymnastics, she was a gymnast. She even claims she invented a move on the uneven bars. She attended Stanford on a scholarship and led them to two finals. While at Stanford, she studied engineering. Right now, she is finishing an MBA at the Kelley School of Business in Indiana. Andrew Luck’s girlfriend probably had a lot of options for an MBA, but she chose a school in Indiana for obvious reasons. She has to stay close to Andrew and his Indianapolis Colts!

Andrew never posts pictures of her on his social media. That’s okay because Andrew Luck’s girlfriend has no problem posting pictures of anyone. She is best friends with Nastia Liukin and credits Nastia with taking a lot of her social media photos. In case you are wondering who Nastia is dating, I point you here. They see each other frequently. Nastia even went to a lot of the Colts games with Nicole. During the Olympics, Nicole was cheering on the Women’s Gymnastics Team like you can’t believe. She posted videos and pictures of most of them while they competed and crushed everyone else. For Andrew Luck, and Andrew Luck’s wife, staying busy and occupied will never be a problem. I have no doubt that Nicole will finish her MBA and continue to succeed in whatever field she chooses. 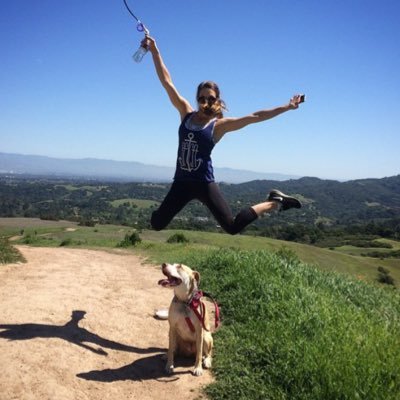