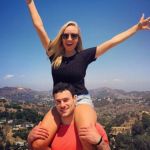 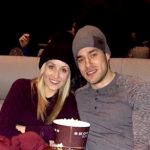 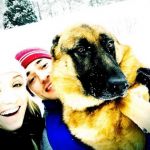 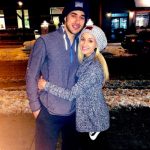 I’m not entirely sure if Nastia Liukin’s boyfriend Matt Lombardi is joining her in Rio this year. I can’t really believe that he won’t fly down there at some point. It should certainly be noted right off the bat that Nastia is not competing. Rather, she will be serving as a broadcast commentator. I have to admit that I’m surprisingly excited about this. I love when they get former champions to comment on the action. Unfortunately, she went from number one in the world in 2008 to not even making the team in 2012.

Matt himself is a native of Boston, Massachusetts. He lives with Nastia and their dog Kira, who is a lovely german shepherd. Nastia Liukin’s boyfriend takes pride in having graduated from the lovely Boston College. He refers to himself as an entrepreneur. I figured out what exactly it is that he does too. He is the creator and founder of a coaching app. The idea is to consolidate communications, scheduling, and training into “one streamlined interface.” I watched the video introduction for Matt’s company. It had some nice production. The idea for the app seems cool.

The actual date of Nastia and Matt’s proposal was June 1 of 2015. I couldn’t exactly tell where it happened, but they were celebrating the 1-year anniversary of the proposal in Boston this year. It’s a little strange to celebrate an anniversary of a proposal, but I guess celebrations can’t hurt, right? Matt looks up to business icons like Steve Jobs and Robin Sharma. He’s one of those guys who posts a Muhammad Ali quote every few weeks on his social media. Hey, I love those kinds of quotes! Keep’em coming Mr. Lombardi. It seems that Nastia Liukin’s boyfriend had Kira the dog before he knew Nastia. He shows up in pictures with his trusty dog before Nastia shows up in any with him. German Shepherds steal the show in any photo. Nastia should fly Matt and Kira down for some Brazilian beach time.

Nastia Liukin and boyfriend Matt Lombardi have served as a mentor to many current gymnasts, including Madison Kocian. 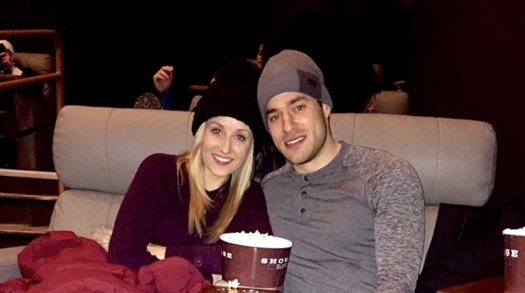