DeShaun Watson’s girlfriend is a hot topic for fans of the Texans.  Hell, we see the question come through the site regularly.  And while DeShaun does a solid job keeping his off field life close to the vest, inquiring minds want to know.

DeShaun went BIG for his girlfriend’s birthday.  Like showering with Diamonds big.  And it caught the attention of a lot of people on social media and the media media.  Videos made the rounds of the big event, which happened to take place just a few days before DeShaun and the Texans take on the Bills in the playoffs

Jilly Anais is an Instagram model with almost 3,000,000 followers.  And with news on the relationship with DeShaun hitting the mainstream, we predict that number will tick even higher in the coming days.

While rumors swirl about DeShaun’s future with Houston, he seems to be appreciating the finer things in life during his early off-season.  Sun, water, yachts…. and Jilly Anais.

Deshaun Watson’s girlfriend Dallas first started dating him in high school. They both come from Gainesville and went to the prom together. Back when we first posted about her in 2015, I mentioned how often he posts pictures and dedications to her on social media.

Well, he stopped this completely! It appears he learned that age-old social media lesson: people talk about your private life when you disseminate it publicly. They’re still kids, after all. Dallas is in her early twenties, just like young Deshaun. Incidentally, Dallas no longer posts any pictures of him. If these two are still together, they’ve gone social media dark.

However, there’s a few reasons I think Dallas still dates Deshaun. First, she showed up at the NFL Draft in support of him in April of 2017. Second, she appeared on her own social media to exit a Hummer. That’s pretty much all I need. I do find it odd they erased each other from their respective social media, though. She likes to braid her hair and change her styles fairly often. She now boasts over 13,000 followers. Recently, Deshaun Watson’s girlfriend traveled to Cozumel, Mexico. We have to assume she went with Deshaun. This trip occurred in early June so it makes sense since it’s the offseason.

Back in December of 2016, she traveled to Philadelphia to chill with friends there. They all hung out on the steps where Rocky runs to train and hold his arms up in victory. Trips to Atlanta are very common as well since Gainesville is only 54 miles away. Deshaun Watson’s girlfriend also enjoys posting about her piety and faith in the good book. It’s extremely common in the sports community since most athletes in America are devout Christians. Dallas loves to hang out with her family and appears to also possess a strong maternal streak. Are they together?  Babies on the horizon?  Who knows.  We sure don’t. 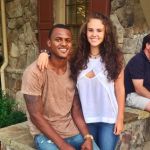 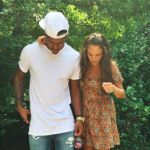 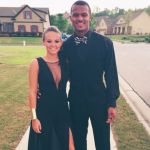 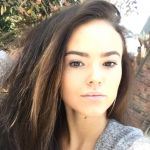 Was Deshaun Watson’s girlfriend Mia Khalifa? (Honestly, no, but it was a fun internet rumor)

Okay, so this rumor comes from a tweet from Mia on Deshaun’s birthday. First we ask: Is Deshaun Watson’s girlfriend Mia Khalifa? She posted a video of herself attempting a dunk on Deshaun for his birthday. She wished him a happy birthday and told him she let him block her because he is a rookie. So there’s a lot to unpack here. They both claim they are simply friends. The media and the internet jumped all over the tweet because Mia Khalifa is the “black widow” to athletes. That’s her nickname. Apparently she publicly shamed many athletes who slid into the DM’s over the past few years.

Happy birthday, @deshaunwatson! For the record, I let u block that dunk cause ur a rookie and I didn't wanna risk hurting you before game 1 pic.twitter.com/AdS42yZ7hj

Personally, I think these two either have dated at some point in the past, or will at some point in the future. I’m just giving you my honest opinion since it seems like their chemistry is off the charts. Since Deshaun’s a cool dude and Mia is also a super attractive and clever woman, it seems like something inevitable. Hey, maybe Deshaun Watson’s girlfriend is someone else and there’s no relationship chemistry between them! Mia insists the relationship is strictly platonic. And, let’s be real. Mia Khalifa has never shied away from outing thirsty athletes in the past. So if he was chasing this aggressively, then she’d be quick to call it out. And I know it’s crazy for a site like PlayerWives.com to say, but maybe,… just maybe, they’re actually just friends.