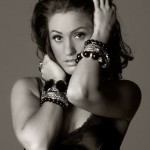 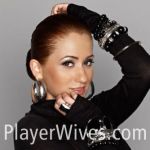 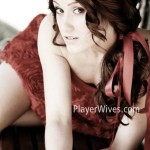 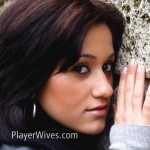 Houston Texans fans should be thanking Arian Foster’s wife Romina for helping sign him to their squad after the running back went undrafted following the 2009 draft. Unfortunately, after Romina filed for divorce in July, 2015, they may have an uphill climb in resigning their star.

Back to happier times. As the 7th round came to a close, Arian realized he wasn’t going to be getting a draft call any time soon. As the draft ended, teams did begin calling to express their interest in signing him after the draft closed out. As each team called(reportedly the Jets, Saints, Buccaneers and Texans), Romina raced to the computer to begin assessing each team’s depth at RB.

In an interview with Sports Illustrated, Arian recalls the story:

She was working hard, finding each depth chart. I’m on the phone with the Saints, and she’s got their running backs lined up. What it came down to, and not to put anybody down because I respect everyone’s ability, is that I thought I had the best chance with Houston.

Things were lovely back in 2009, and have since fallen apart. Arian Foster’s Girlfriend Brittany Norwood is claiming that Foster is pressuring her to have an abortion now that she is pregnant. Foster has filed court documents attempting to get a gag order on Brittany Norwood, claiming that she is attempting to obtain a reality show based on the pregnancy.

We sort of stumbled into this one, but it looks like Arian Foster’s wife Romina actually may have a showbiz name of Romina Lombardo. Or it could be her real name, we honestly don’t know. Regardless of whether you call her Romina Foster, Romina Reinhart or Romina Lombaro, we’ve got a bunch of new information about her. She was born on February 3, 1986 in Pforzheim, Germany and speaks English, German, French, Italian, Afrikaans and Arabic. Insane huh? She also likes Dancing, jogging, surfing and plays the piano. Romina is also a budding singer, having released two albums titled “Till The End Of Time” and “Rock The Boat.”