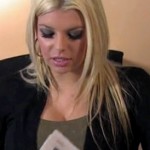 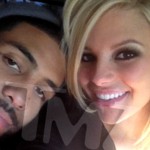 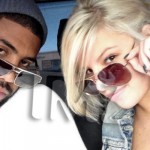 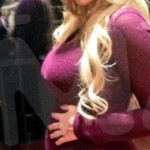 UPDATE 06/24/2014 Brittany Norwood, the woman alleging that Arian Foster knocked her up and then tried to convince her to get an abortion, has given birth to the child in question. Norwood was quick to tell TMZ that the baby looks just like his father.

Gatsby Alexander Norwood Foster was born June 23 and told TMZ that he looks, “identical to my biological father’s baby pictures.”

For his part, Foster claims to have recordings proving that Norwood is lying about pressuring her into an abortion. As of Tuesday, Foster was unaware of the birth of his alleged son.

A messy situation that doesn’t look to be getting any better any time soon.

Arian Foster’s girlfriend Brittany Norwood (or at least former girlfriend) is allegedly claiming that Foster is trying to pressure her to get an abortion. In turn, Foster has filed court documents attempting to get a gag order on Brittany Norwood, claiming that she is attempting to utilize her pregnancy to obtain a reality show. In the evidence that he submit along with this court order was a tweet from Norwood saying, “Shooting interviews for the last casting reel for my family’s reality show #blondashians”. No word yet on whether the judge has granted the gag order on Norwood, the self-proclaimed “blondashian” who is 17 weeks pregnant.

Either way, Arian Foster’s wife Romina Reinhert can’t be happy with how this is unfolding. Brittany Norwood, a 20-year-old University of Houston senior, claims that she wasn’t aware that Foster was married with two children while they were having sex – though one has to question the validity of that, if the reality show rumors are true. Norwood is seeking damages for emotional distress along with child support and a restraining order.

This news really isn’t totally surprising though, considering how many games that Foster missed due to injury this year. He wasn’t playing (and therefore not helping my fantasy team), so he had to be doing something. Apparently that something was a 20-year old University of Houston senior named Brittany Norwood, who looks a LOT like a skinny Jessica Simpson. 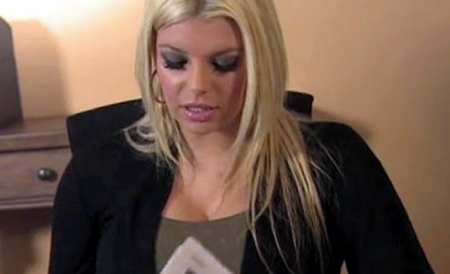