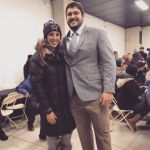 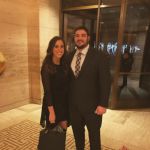 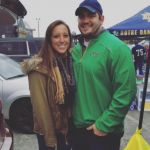 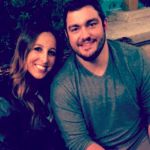 Zack Martin’s wife Morgan Martin married him in the summer of 2016. The couple celebrated Zack’s birthday in October, and Morgan took him to a bar. Shortly after the birthday celebration, a bunch of her friends came to visit her in Dallas. Thus, nine of her friends joined her on one of those booze busses and ripped it up in the city. She said she needed a 10-day detox afterwards. Morgan gets along well with people and frequently takes pictures in big groups.

Morgan filmed a commercial for a fitness club with a bunch of Cowboys wives in November. When a football team wins a lot, the wives are happy. You can always see a smile on Zack Martin’s wife Morgan Martin’s face. In the middle of December, Morgan traveled with a few other Cowboys wives to my city of New York. They visited Times Square, of course, and the Cowboys lost to the Giants. As it turns out, the Giants beat them twice in 2016. Morgan visited One World Trade Center while Zack prepared for the game. There’s some pretty intense views up there, and she went there with some more Cowboys wives.

When football season is on hiatus, Zack and Morgan like to be outdoors. Zack Martin’s wife snapped a picture of Zack in Lake Tahoe, boating with friends a year ago. Morgan loves to cruise around the lake with her pals. In March of 2015, the couple traveled to the Dominican Republic to soak up some rays and relax on the beach. Morgan only recently graduated from college and life away from school with her big fella’ is still kind of a new thing. In June of 2015, Zack asked Morgan to marry him, and their marriage and married life is brand new. I’m fairly certain he asked her on the boat in Lake Tahoe. That definitely makes them officially boat people. 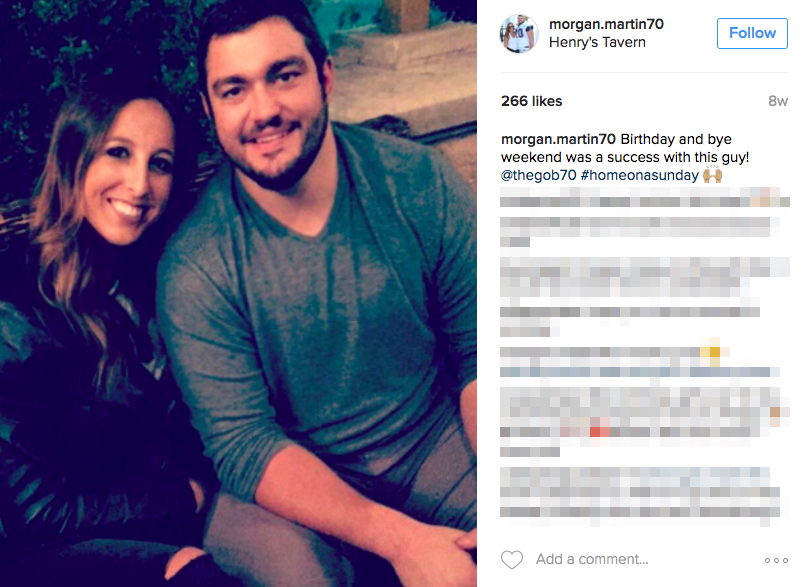