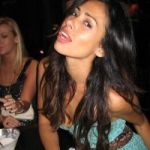 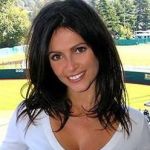 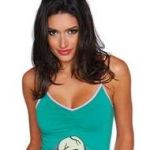 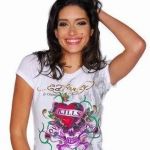 Let’s give credit where credit’s due here. A couple months ago, we put up a post about the rumors of Tony Romo’s girlfriend, Candice Crawford. In a flurry of comments on that post, we were first directed to the rumor that Romo’s girlfriend was now Shayla Adrianna. HUGE thanks to PW readers and commenters for pointing us to this and making us research the bejesus out of it.
After researching the bejesus out of it, we can say the following:
1. There are a lot of rumors online about Tony Romo and Shayla Adrianna dating.
2. There is nothing official about the two dating.
3. This could be legit, but it could also be complete bullshit.
Please proceed with this knowledge in hand

The aforementioned rumors all tend to agree that Tony and Shayla Adrianna began dating in October, 2009, after Romo saw the Ed Hardy model Shayla in an ad and tracked her down. Romo has been reportedly flying Shayla to all his games and some suggest this is a way to break the infamous Jessica Simpson – pink jersey – owner’s box curse.
In addition to being an absurdly hot model, she also holds a PhD from Georgetown. 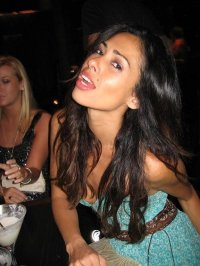