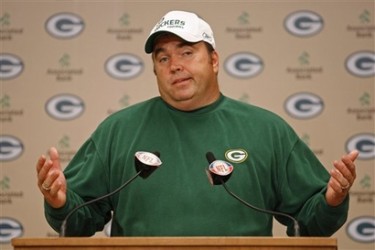 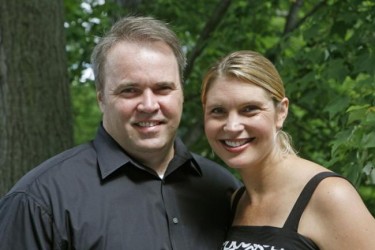 Mike McCarthy’s wife Jessica Kress legally entered the picture by marrying then Packers head coach on March 15, 2008 in Maricopa County, Arizona.  The wedding, which was the second for both Mike and Jessica, was attended by only immediate family in an intimate, private ceremony. An article from the Milwaukee Journal Sentinel explains the decision:

It was their unconditional request to have a private ceremony. Jessica is the kind of person who wants to be able to run to the grocery store in sweats and a ponytail and not have to put on a public face all the time. Mike also wanted the ceremony to be just about them. So they picked a beautiful resort (one where NBA player Steve Nash had married), chose simple attire (her dress was from J. Crew) and tied the knot.

Mike McCarthy’s wife has given birth to two of Mike’s five children, daughters Gabrielle and Isabella.  Of Mike’s five total children, three are biologically Mike’s with the remaining two Jessica’s from her first marriage.  Mike’s eldest daughter was from his first marriage as well, and is now in her 20s.

Gabriella Kathleen McCarthy was born October 22, 2008. Hmm…. March to October is only 7 months….. A small, private ceremony 7 months before the birth of their daughter? Hmm….  are we onto the genesis of how Jessica Kress became Mike McCarthy’s wife?

While we’re being catty and digging deep, let’s go back to Jessica Kress’ first marriage.   Turns out her first marriage happens to have been to William Kress of Green Bay, who happens to sit on the Green Bay Packers board of directors. Interesting, and I’m sure absolutely, certainly never uncomfortable for the coach.  While I doubt it played into the decision to fire him a few years back, you gotta imagine William Kress wasn’t exactly morose to see this couple head out of town.  Looks like they’ll be setting down roots in Dallas, so there will be plenty of distance to make the heart grow fonder! 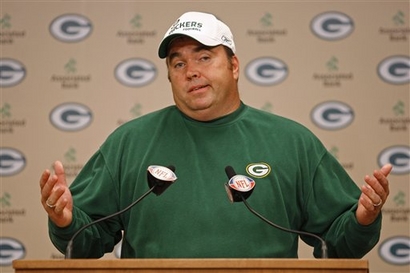