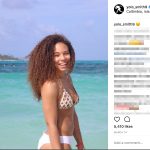 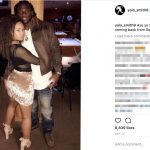 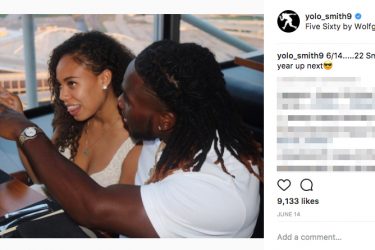 Jaylon Smith’s girlfriend Nevada Jones is a basketball player for Indiana University Kokomo. Is there a difference between Indiana University and Indiana University Kokomo? Glad you asked! I honestly can’t say for sure. Since it technically classifies itself as within the IU school system, I guess not. However, I think it’s easier to gain admission. Regardless, she Nevada shows up on IUK’s Women’s Basketball roster from 2015. Initially, she signed up to play for the school in May of 2014. This means she didn’t graduate yet. We can still officially call her a college student in 2017.

As a matter of fact, Jaylon Smith’s girlfriend attended a high school where a total of twelve seniors from the graduating class went on to play college sports. If that number seems high to you, it is! The local news even ran a feature about it. I’m sure it’s nothing new to some schools. However, most public schools don’t churn out athletes like that. I don’t think Nevada lasted long on the team, but I could be wrong. I’m curious why she doesn’t show up on any rosters after 2015. It leads me to believe she only played one season. She does keep a social media account but it’s private.

The only other detail Jaylon Smith’s girlfriend reveals about herself is God is within her and she will not fail. That’s her tagline on social media. Jaylon, on the other hand, reveals a few more details. For example, in Mr. Smith posed with the lovely young lady at a pool hall in May of 2017. He grabbed her rear end in the photo. Commenters certainly didn’t fail to miss that fun detail. The couple come from the same hometown. They attended colleges about a hundred miles away. They attended different high schools, but I’m confident they knew each other in high school. Trust me, there’s no coincidences when it comes to couples who come from the same hometown.