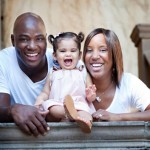 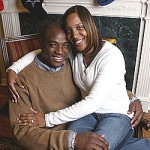 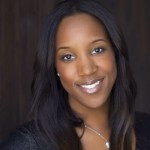 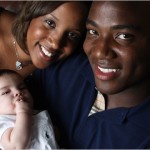 DeMarcus Ware’s wife Taniqua Ware is one of the longer standing posts we’ve had on our site.  It’s a story about heartbreak and true joy.  And unfortunately, as time has unfolded, it appears to have a sad ending.   The two tied the knot after years of dating in March, 2005 with virtually no fanfare. Actually less than no fanfare. They stopped for fast food on the way home. That’s your reception. It’s almost an anti-reception. The two met and began dating in high school in Auburn, Alabama.

There are many stories online about the couples quest to become parents. Demarcus Ware’s Taniqua went through through three failed pregnancies, including a stillborn son, Omar. Omar is the inspiration for DeMarcus’s tattoo of an ‘O’ with angel wings.  After the second failed pregnancy, the Ware’s decided to adopt a child, daughter Marley. The Ware’s still wanted to grow their family with either biological or adopted children.

In November, 2010, the Ware’s finally got their wish when Demarcus Ware’s wife gave birth to a healthy son, DeMarcus Jr. Following the birth, DeMarcus told ESPN.com, “Sometimes if you’re able to just fight through things and have faith, blessings happen. To be able to have a kid, DeMarcus Jr., I think it’s awesome. People who have never seen just the birthing process, it’s unimaginable and it’s just a great thing.”

My son, my tiger, my namesake.. You will never know how much of a blessing you and your sister are in my life. I will save this post for you to see when you get older, but know I am celebrating YOU… Today, November 20, 2015. You are far more the young man I was in the 5 years you have been here than I was at your age. You have made my world better just for being in it. I fight every day for you so you won't have to, I don't want to give you "things" but instill something that will last far longer, and that's character. I pray for your safety, protection and heart always. Furthermore, know that our Father in heaven will love and protect you far more than my capacity, never forget that. Happy 5th Birthday DeMarcus Omar Ware, Jr. Daddy loves you.. Forever and always.

Sadly, it appears that things hit a rough patch for Demarcus and Taniqua as it appears the two are no longer together.  They definitely appear cordial in the social media interactions with one another, so hopefully any split wasn’t particularly acrimonious.

Taniqua appears to have moved on, reportedly dating a music producer.  She was formerly in the Air Forces, and is the daughter of a police officer. 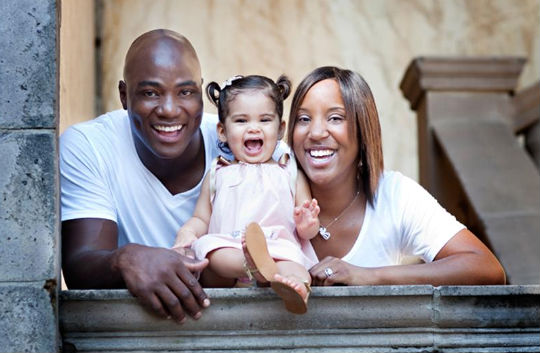