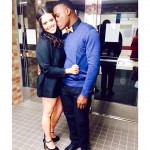 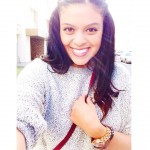 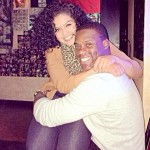 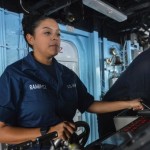 DeMarcus Lawrence’s girlfriend Veronica Ramirez is all smiles in her photographs, and I suspect it’s because her life is pretty cool. Being the partner to a professional football player is swell.  But you’ve also got to pull fulfillment from one’s own life in order to feel worth something.  And Veronica definitely does that– she mans the helm of a guided-missile cruiser!

Yes, that is a totally badass job. She drives the USS Antietam. This thing is loaded up with missiles of all kinds. Have you ever heard of a cornucopia? It’s like a big horn-shaped basket overflowing with fruit and produce. Well, DeMarcus Lawrence’s girlfriend Veronica Ramirez drives a cornucopia of missiles. There’s 122 missiles loaded on her ride. The batch of missiles her ship carries has got about ten different kinds, not to mention two Bushmaster chain-fed autocannons, two Mark 45 artillery mounted cannons, four M2 Browning machine guns, a radar-guided gatling gun, and two freaking SH-60 attack helicopters! Sorry, but that’s really cool.

Imagine the conversations in the family section at games

“Oh I’m an internet model who takes selfies of myself and tweets about my abs. What about you?”

“Oh, I pilot a missile cruiser in the Asian Pacific.”

That’s self-worth, my friends. Veronica doesn’t need anybody telling her how awesome she is because she already knows. Whether she gets hundreds of people commenting on her photos that she’s “so gorge” or none, it doesn’t matter because she’s rolling with missiles and attack helicopters. I wonder if it’s weird to be on a naval vessel and have one of your officers dating a football player? I guess it’s not weird per se, but you don’t normally think of navy officers in that way, do you? DeMarcus has said time and time again that he’s glad to be a Cowboy, and after seeing the interesting mix of people associated with the team (players, wives, and girlfriends) I see what he means. 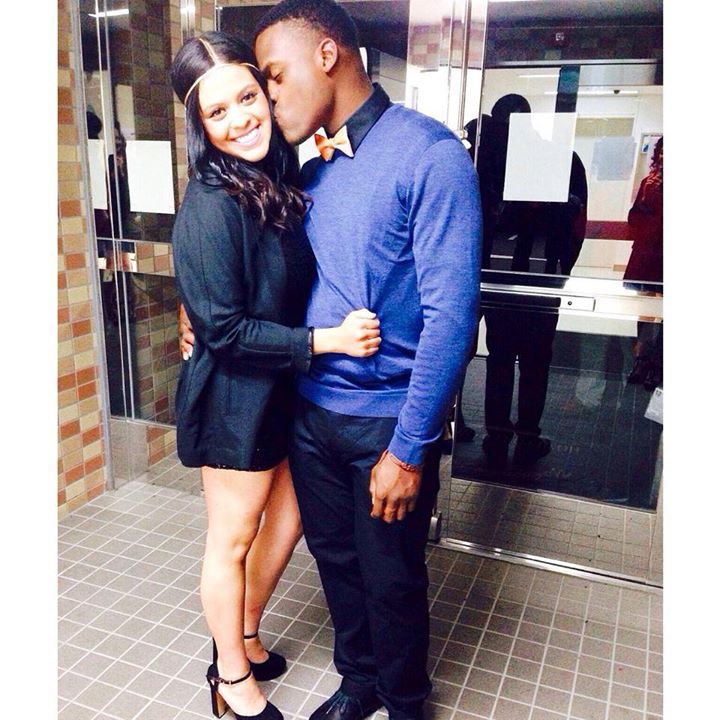