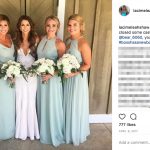 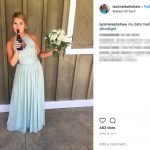 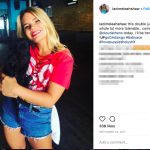 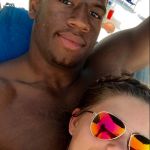 Nick Chubb’s girlfriend Laci Shaw dated him for at least five years before they broke up. And, we’ll get more into their current status momentarily.

Laci also attended the same high school as Nick in Georgia. The name of that school is Cedartown High School. On Nick’s 20th birthday in 2015, Laci posted a picture of them together. She also called it a “belated five-year anniversary” post. They started to date when Nick was fifteen. In fact, she interviewed for a local college news site in October of 2015. This followed the injury he sustained in a game at the time. It was a PCL tear and not an ACL tear so the surgery and recovery time was a bit easier than an ACL.

At the time of the interview, Nick Chubb’s ex-girlfriend said he felt a little bit down because nobody wants to suffer a season-ending injury. She said he possessed a good mindset about the injury. Clearly, he recovered from it. Laci saw him flexing his quad muscles soon after he sustained the tear. She asked him what he was doing, and he replied that he didn’t want to lose his muscle. According to her, his drive to play and compete is very strong. He never sustained an injury during his whole time playing in high school.

Speaking of high school, Nick Chubb’s ex-girlfriend witnessed his rise in a sport besides football. Since they dated throughout high school, she attended many of his track meets. His personal record for the 100 meters is 10.69 seconds. This is an incredible time. His personal record for the 200 meter dash is 21.83 seconds. Again, this is lightning fast. He set Georgia high school track records. His track and field statistics are also available online.

So, who is Nick Chubb’s girlfriend now?

Well that we don’t know.  But, what about Nick Chubb’s ex-girlfriend? What does she do for fun these days? In January of 2018, she traveled to Gillette Stadium in Massachusetts to hang with her friend and former Bulldog David Andrews. Laci is close friends with David Andrews’ wife.  She was a bridesmaid in their April wedding.

Now, back to this whole Nick Chubb girlfriend vs Nick Chubb ex-girlfriend thing  There’s no specific information out there about a breakup.  But, it’s pretty clear the two have split up.  Laci appears to have moved on with a new man.  The last boyfriend picture she posted came in October of 2017.  Her first picture with him appeared in May of 2017. They attended a festival called the Rome River Jam. That festival occurs in Rome, Georgia. Did she remain friends with Nick? What does she think of his newfound success at the professional level? Fascinating stuff, folks. 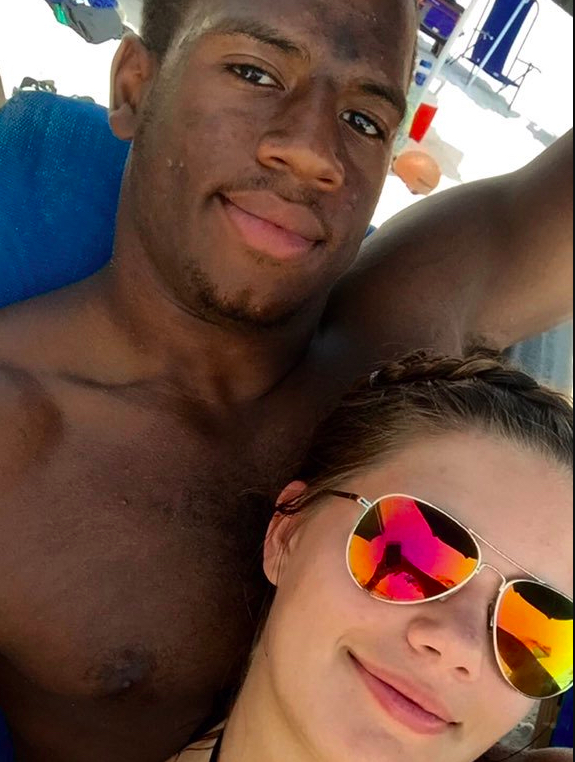