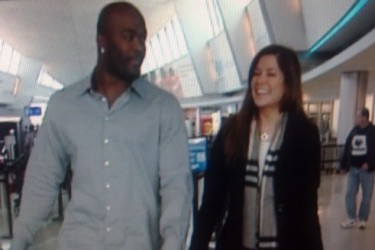 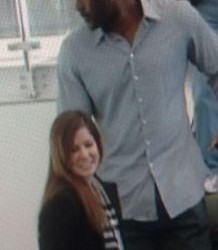 UPDATE: 05/06/2013: Almost eight full months after we last updated this post, it seems a resolution has come for Mario Williams and ex-fiance Erin Marzouki. Well, sort of. Basically, both parties released statements apologizing for acting ridiculous but beyond that, nothing happened. We don’t even know if the ring was returned or not.

That’s exactly the case for Mario Williams and ex-fiancee Erin Marzouki. The couple was engaged in February, 2011 just weeks before Mario Williams signed a $100M contract with Buffalo (though only $50M guaranteed, and about half of that up front). Williams splurged for a 10-carat ring that cost him more than $785,000. Unfortunately after Marzouki broke off the engagement in January of 2012, Mario Williams was left wanting that nearly $800K ring back.

In court documents filed in Houston, TX, Mario Williams is now adamant about the return of the ring. The lawsuit alleges that Marzouki never actually intended to marry Williams, and simply used him for his fame. The charges further allege that Marzouki rang up more than $100K on an American Express credit card Williams took out in her name, as well as more than $230K in other gifts he provided her in the eleven months since their engagement.

While some may claim pettiness, others may look at the more than $1M Williams paid out to a woman he now feels never wanted to marry him, and he at the very least wants to recoup some of that money. We’ll keep an eye on this one to see if Mario ever gets the ring back.

Mario Williams is clearly the biggest free agent in the 2012 class (yeah, that’s right, better than Peyton), and has spent days and weeks being linked to the Buffalo Bills. After arriving in Buffalo on day one of free agency, Williams stayed overnight in the area leading to further speculation that a contract deal was imminent. On Wednesday morning, with the Buffalo area buzzing over the possibility of Williams joining their beloved Bills, one local reporter happened to bump into Super Mario at the Buffalo Niagara International Airport.
Paul Peck of WIVB-TV ran into Williams and learned he was at the airport to pick up his then unnamed fiancee. The internet exploded with theories that Mario Williams brought his future wife to the Buffalo area to get her sign off before signing a contract that would put them in upstate New York for at least 6 months a year for the next 7 or more years.
When Peck pressed Williams as to whether this was a good sign for the Bills chances, Mario responded only “We’ll see.”

Unfortunately at time of publishing rumors are now churning (according to one of the best football blogs out there, ProFootballTalk.com) that Mario Williams and his fiancee Erin Marzouki are now leaving Buffalo tonight. There are no whispers of a contract being done, so maybe Mrs. Williams to be took a day in Buffalo and decided it wouldn’t be for them. It will be interesting to see how many more times we see Mario and Erin at the airports, and when we do,… you’ll hear about it here. 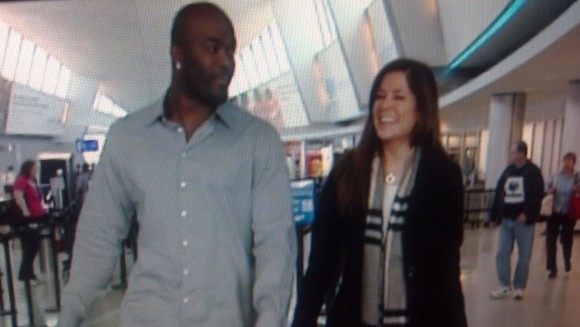