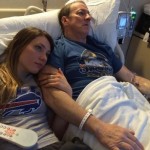 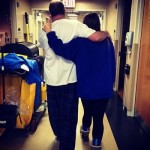 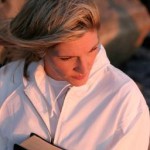 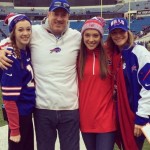 UPDATE 03/26/2014 After updates yesterday indicating that Kelly was likely scheduled for surgery to help treat a recurrence of cancer, Jim Kelly’s wife Jill Kelly posted to her Facebook page that surgery was no longer the best option at this time.

At this point and time surgery is not the best option for Jim. The cancer is in areas that surgery cannot successfully eradicate. – Jill Kelly, Facebook, 03/26/2014

Doctor’s have called Kelly’s cancer treatable and curable, while currently working to find a solution to manage pain and discomfort. The Hall of Famer is scheduled to undergo 5 or 6 rounds of chemotherapy and reevaluate his condition after that time.

With the passing of Bills founder and owner Ralph Wilson, Tuesday March 25 was a tough day for the Buffalo Bills family.

On the same day that Wilson passed away, Jim Kelly’s wife Jill Kelly reported that the Hall of Fame quarterback’s cancer has returned aggressively and is starting to spread. After surgery in June, 2013 to remove cancerous cells from his jaw, the cancer has returned. Kelly will undergo surgery on his jaw again, and Kelly’s wife indicated through Instagram that it is scheduled for Thursday.

Jim and Jill Kelly are parents to three children – daughters Erin and Camryn, as well as son Hunter Kelly. Hunter was diagnosed with a condition called Krabbe disease, which normally carries a life expectancy of three years. After being born in 1997, Hunter passed away in 2005, causing Kelly to focus much of his retirement career on his non-profit foundation Hunter’s Hope. The foundation helps to raise awareness for the condition, while also establishing an annual Hunter’s Day of Hope on February 14, both Jim and Hunter’s birthday. Fighting back tears during his Hall of Fame induction speech in 2002, Jim addressed his son:

It’s been written that the trademark of my career was toughness. The toughest person I ever met in my life was my hero, my soldier, my son, Hunter. I love you, buddy.”

Jim Kelly’s daughter, Erin Kelly, saw a couple of her Instagram pictures go viral this week, as she beautifully shared poetic pictures of her weekend with the quarterback in the hospital. On Saturday, she posted a picture watching TV in bed with her father, saying: “Watching the Syracuse game with daddy – he’s my buddy! Love him so much!! #daddysgirl #prayersforjk #Kellytough,” Erin shared progress Sunday saying: “So thankful that he was up for a little walk today!! God is good!!!! And He HEALS!!!! #prayersforjk #Kellytough #daddysgirl.”

As trite and overused as it can be, we’ll say it again. Our thoughts and prayers are with the entire Kelly family. 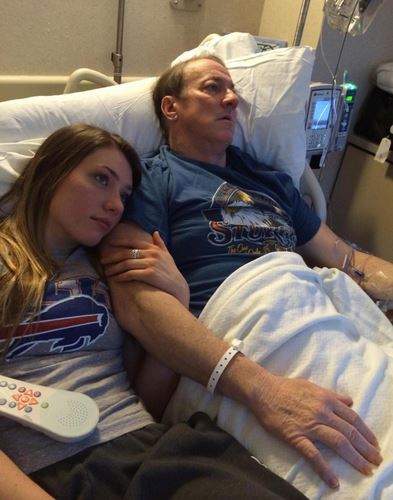