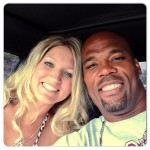 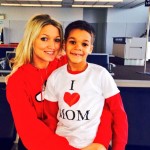 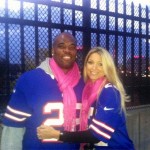 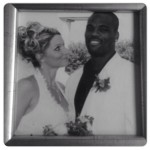 Fred Jackson’s wife Danielle Jackson currently holds the record for most pictures uploaded of children. This is a lady who likes to take pictures of her kids. She and Fred have four of them, and it’s clear she’s very much into the being-a-mother thing. It also looks like she’s free and clear of any baby mama drama from Fred. No alimony or child support on the side.

Fred himself is looking like a nice pickup in fantasy football land. I’m not sure if all the teams have already been decided (since I myself do not partake in the rabbit hole that is fantasy football) but I do know that Fred and CJ Spiller combine for a powerful and run-centric offense. Fred’s wife Danielle seems to really be digging life with her little ones while Fred pounds the turf. She’s also really happy about the contract extension he’s signed. It’s going to keep him on the Bills for another couple years and pay some hefty diaper fees since they’ve just popped out a new kid. Danielle took a picture of Fred with the kids hanging out reading the contract extension just before he signed it.

Since Fred’s the oldest running back in the NFL, he’ll be considering upping his television game pretty soon. He already has The Fred Jackson Show, a local Buffalo football program. I’ve watched some of it. It’s pretty low-key but Fred does a decent job of hosting it. He doesn’t have the slick late night polish of someone like Jimmy Kimmel, but the show serves it’s purpose: which is to give the Buffalo football fans some extra stuff to watch and think about. I kind of wonder if wife Danielle has appeared on the show. I really doubt it, but I bet she’s been in the audience before. Fred may be working up to an ESPN analyst gig. 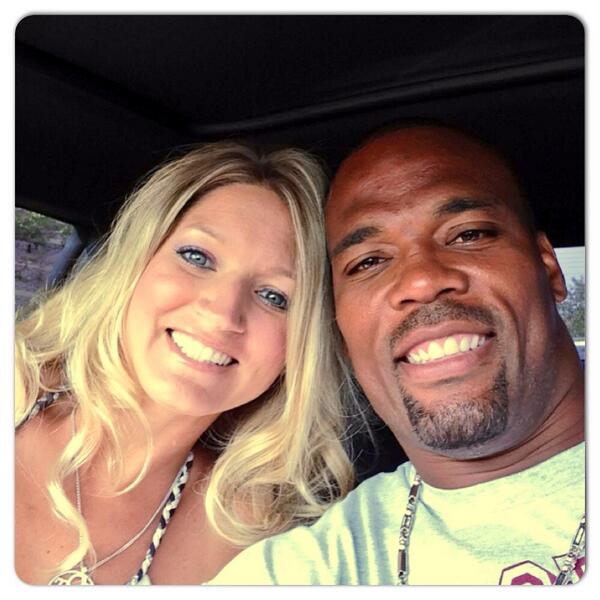