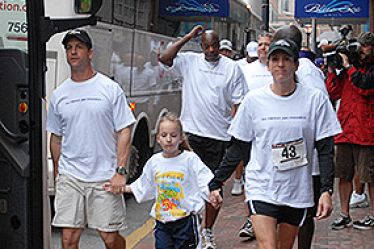 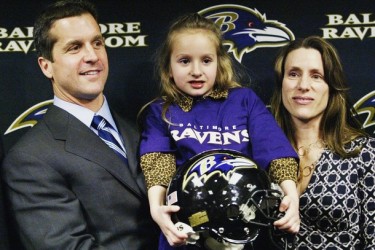 John Harbaugh has quickly become a decorated veteran head coach in the NFL.  Considering that, it’s no surprise that John Harbaugh’s wife Ingrid Harbaugh is one of the established first ladies of the NFL.  As we all know, John Harbaugh led his Baltimore Ravens to the Super Bowl to square off against his brother Jim Harbaugh and the San Francisco 49ers.  At that time, we thought it was necessary to take another look at this post. The facts still remained the same. John Harbaugh’s wife, Ingrid Harbaugh is the steady presence at his side while he navigates the always choppy waters of the NFL Head Coaching ranks. The couple has only one child, daughter Alison, born in 2001. The Harbaugh family live in Reisterstown, MD with their adopted lab named Calabash, or Cal for short.

Honestly, not a whole lot else has changed.  Their daughter Alison, has obviously grown older.  In fact, the sports gene from a deep sports family runs true.  Alison, who is set to graduate from Bryn Mawr in 2020, has committed to play lacrosse at Notre Dame.

About that sports family?  Well, it’s a hell of a lot deeper than you’d imagine.  John and Jim’s father is Jack Harbaugh, the longtime head coach for Western Kentucky.  Their sister, Joani Harbaugh’s husband Tom Crean is the Georgia Bulldogs head coach.  Add in a D1 women’s lacrosse player, and you have a competitive family reunion.

So two sister-in-laws all married to major head coaches.  Do you think the three ladies in the Harbaugh clan get together to vent about their obsessive head coach husbands?

Leading up to the Harbaugh brothers Super Bowl square off, we asked some pertinent questions.

Or, do you think the wives have developed a therapeutic relationship with each other to handle the pangs associated with being the wives of NFL Head Coaches?

Do you think that each of the wives works on Joani, to get her to root for their side?

All joking aside, it’s an incredible story, one made more fascinating when you consider the entire family angle here. Congratulations to Alison for carrying on the family crest! 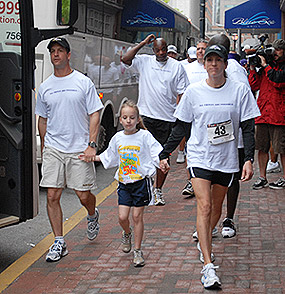